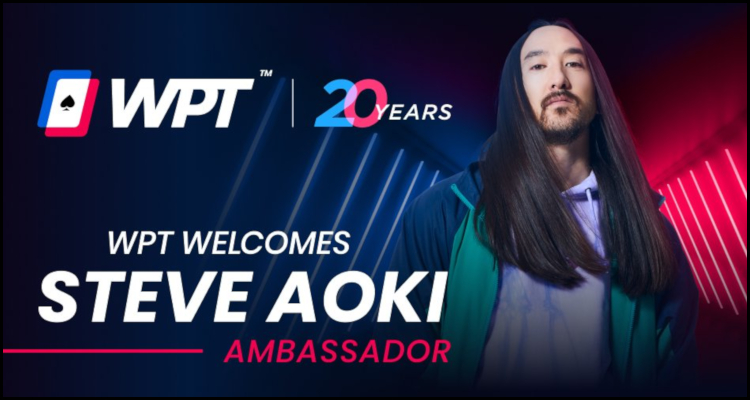 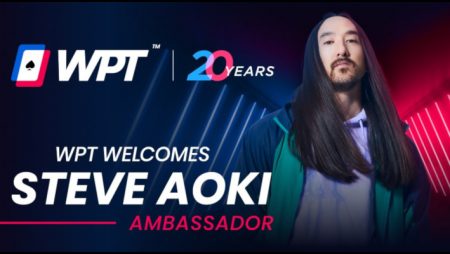 The World Poker Tour (WPT) has announced the signing of an agreement that is to see well-known American electronic dance musician and producer Steve Aoki (pictured) serve as an official ambassador for its upcoming 20th season of action.

The poker tour operator used an official Thursday press release to declare that the alliance will see the two-time Grammy nominated figure ‘play a pivotal role’ as it endeavors to raise awareness of its activities by engaging with aficionados at a host of special events over the course of the next twelve months. It stated that the 44-year-old artist has ‘developed several brands of his own’ and is to also assist it in bringing forth ‘a new look and feel’ beginning with the Lucky Hearts Poker Open, which is scheduled to take place at Florida’s Seminole Hard Rock Hotel and Casino Hollywood from January 21.

Adam Pliska serves as the Chief Executive Officer for the WPT and he used the press release to note that Aoki boasts a laudable cross-genre discography of seven studio albums incorporating collaborations with the likes of Louis Tomlinson and Linkin Park while having a social media following of over 35.2 million people. The executive detailed that its latest ambassador has moreover ‘made a name for himself’ by developing the Dim Mak Collection clothing line while simultaneously serving as a philanthropist through his regenerative medicine and brain preservation charity The Aoki Foundation.

“The passion and energy in which Steve Aoki approaches every aspect of his life is both inspiring and very much in line with the new vision of the WPT. His love of poker and his dedication to inspiring others to live life to the fullest makes him the ideal WPT brand ambassador. We are honored to have him play an active role in our transformation and in the celebration of our 20th anniversary.”

The WPT explained that it is to furthermore partner with Aoki to host an invitation-only poker tournament in Las Vegas this summer so as to raise funds for the musician’s The Aoki Foundation enterprise. It asserted that this special ‘can’t-miss events of the year’ will feature ‘entrepreneurs, thought-leaders and global pioneers’ battling it out all in aid of ‘supporting organizations in the brain science and research areas’.

Read a statement from Aoki…

“It’s such an honor to be joining the WPT family. I have watched and admired the WPT for many many years and to now be part of its family feels so surreal and I am incredibly grateful.”