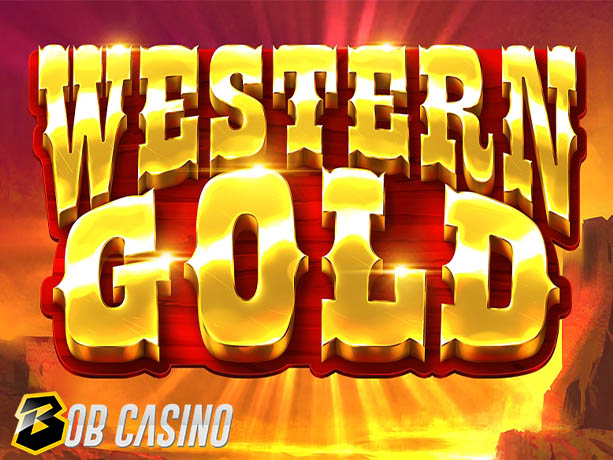 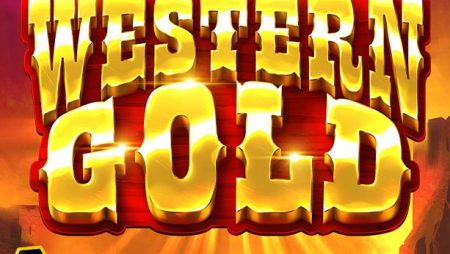 Another slot to reach us through Microgaming’s Quickfire radar is Western Gold from the Sweden-based Just for the Win. As implied by the title, this one joins the collection of slots that teleport us to the west of the Great Plains in search of riches. And with no particular storyline here, it will be just a simple matter of lining up items from a cowboy’s paraphernalia on the reels. Just how far can the payouts go ya’all? Giddy up! We are on our way to find out. Yee-haw!

Saddle up partners! Time to explore the riches of the west with Quickfire’s Western Gold. Play Western Gold in a demo and real money version coming soon to Bob Casino!

As cowboys say, if it doesn’t seem to be worth having a go at, it probably isn’t. And we couldn’t agree more.

Luckily, Western Gold looks the part. For one, hours were clearly put in on the graphic work, resulting in an overall eye-pleaser that makes you think of yourself as a forty-niner roaming the Old West on horseback. And secondly, it opens up to a five-reel set up with four rows. That’s one of the cliché setups innovationists might dread every time they launch a slot, but at least it won’t trouble or scare away the tenderfoots.

Playable with bets ranging from 0.10 to 25 units of the currency in use, Western Gold’s plays on high volatility. Not to worry, though, because an unusually high hit rate of 39.98% ensures that wins are triggered quite often. Return to Player percentage, meanwhile, is also reassuring at an above-average figure of 96.12%. Honestly, this is something you might want to wet your whistle to if you are a modern gaucho!

Moving on, the symbols you will find here are drawn from the Old West theme and traditional slots as well. There are triple 7s, bars, a colt peacemaker, a ten-gallon hat, boots with cowboy spurs, and a stock whip. The first mentioned is the highest-paying symbol, racking up 30X at best. There is also a paying wild, which pays as much as the premium payer. It also substitutes for any regular payer to complete a winning combination.

Winning is pretty straightforward. It is just a matter of lining up at least three of a kind on any one of the available forty paylines, except for the triple sevens and paying wilds that only require two.

Just for the Win is one of the studios notorious for creating slots that don’t hit the mark for the big win chaser, potential-wise. They attempt to correct that here, with scatters that can pay rewards ranging from 1X to 1000X for four to twelve appearances anywhere on the grid.

Players will be thrilled to find out that the scatters will show up stacked more often than not. There’s even a collection meter to make counting easy!

Do you think a slot tackling this theme would ever be complete without featuring a sheriff badge somewhere? Well, we guess not because it isn’t left behind here either, with it triggering three free spins for three appearances during the base game.

Scatters continue to land here like in normal-play. However, instead of being cashed instantly, they are collected and cashed at the end of the free spins.

Only twelve scatters can be collected for the duration of free spins. Also, each scatter-symbol landing in view resets the free spins count to three.

A 40-payline setup coupled with a weak base paytable doesn’t cut it. There is no doubt about that. However, lining up twelve scatters for a whopping ten thousand times your bet seems easy, more so because the scatters can appear stacked. That is the reason most will have a go at this one.