Wazdan’s new Power of Gods: Medusa Hold the Jackpot online slot a “feast for the eyes and a pleasure to play”

Home » Wazdan’s new Power of Gods: Medusa Hold the Jackpot online slot a “feast for the eyes and a pleasure to play”
Gambling News 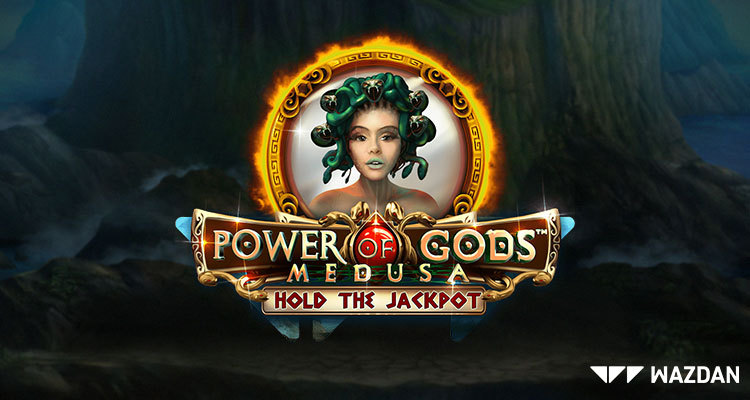 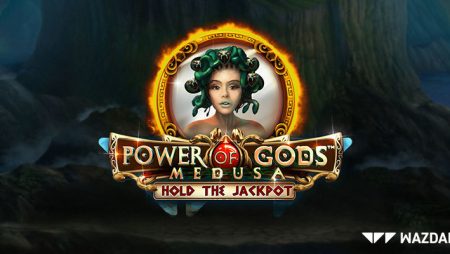 Online casino games supplier Wazdan has launched the fourth installment in its “electrifying” mythology-inspired series via Power of Gods: Medusa, which, according to the Malta-based slots specialist, “could very well be the best yet.”

Here, players are challenged to try and defeat Greek mythology’s most famous Gorgon, Medusa, but to do so they will have to venture into the legendary lair of the monstrous snake-haired seductress whose gaze was so piercing that the mere sight of her could turn a man to stone.

Fortunately for them, they will have some help, as the game provides them with features, such as the Hold the Jackpot Bonus, Sticky Bonus Symbols, Buy Feature and Gamble Feature, where available, and jackpots up to 2,000x! All that, along with a wildly popular theme, stunning animations and graphics and the new Hold the Jackpot title is sure to keep players entertained and immersed in gameplay.

The 5-reel, 3-row slot has 10 paylines and allows players to choose their preferred volatility from low, medium/standard and high settings, as usual, while the Hold the Jackpot bonus game is the star of the show. The feature benefits players with special Medusa accumulator symbols and mystery symbols.

To boost player involvement, the game developer has added Sticky Bonus symbols to the reels, where the innovative symbols stay sticky for up to nine respins. And in doing so increases a player’s chance of activating the Hold the Jackpot bonus round.

Triggering the exciting Hold the Jackpot bonus happens when a player lands six Bonus symbols, which awards three re-spins. The count resets when a new symbol lands on the reels. Players can avoid being turned into stone via Medusa’s deadly gaze by using the mirror-like shields that serve as the game’s Standard Bonus symbols, which award prizes worth 1-10x, 12x, or 15x the stake.

Also included in the bonus game are several Special Bonus symbols that ramp-up the excitement by awarding even bigger prizes. They include Jackpot symbols that award corresponding Mini, Minor, and Major Jackpots, paying 20x, 50x, and 150x the stake, respectively. it is possible for more than one jackpot to land. Players lucky enough to fill the grid’s 15 reels with bonus/jackpot symbols are awarded the Grand Jackpot worth 2,000x their stake, along with all of the wins they’ve collected during the respins mode.

And as mentioned, because the game utilizes Wazdan’s innovative Hold the Jackpot mechanic, players are able to choose the bonus round’s Volatility Level when using the Buy Feature. Other Unique Wazdan Features are also offered and allow players to adjust the slot to their specifications.

Via company news, Andrzej Hyla, Chief Commercial Officer for Wazdan, commented on the new release, saying that what is the fourth installment in their “electrifying mythology-inspired series,” Power of Gods: Medusa “could very well be the best yet.”

The COO adds that the game’s design is “simply spectacular, with incredible attention to detail that makes it a feast for the eyes and a pleasure to play. With easy-to-understand game mechanics combined with huge win potential, we expect it to resonate strongly with our audience.”

In related news, the ace slot developer whose portfolio currently comprises more than 140 HTML5 games, recently announced that it has been shortlisted at the EGR Nordics Awards in the Casino Content Supplier category.

The event that recognizes the best operators and suppliers that iGaming has to offer in the Nordics region, is to be hosted in Malta on January 27th, 2022.