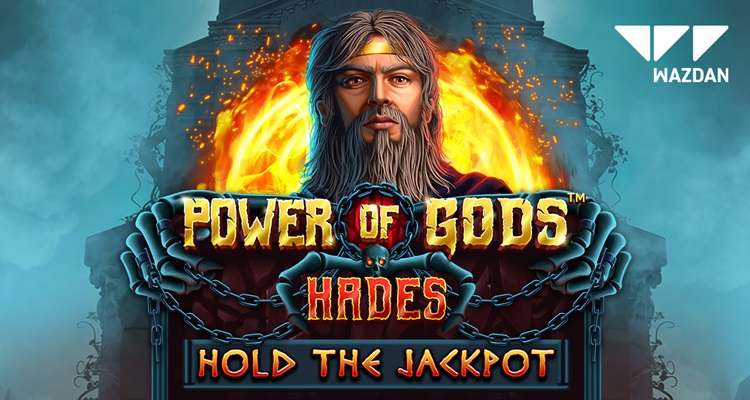 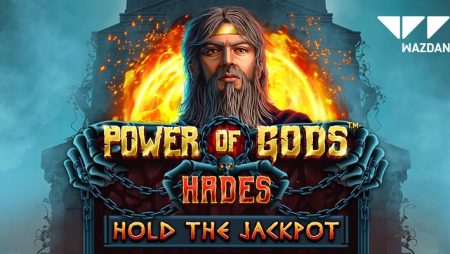 On the heels of its “essential” commercial deal with Odin Services and online casino games developer Wazdan Ltd. has enhanced its rapidly growing Hold the Jackpot games arsenal with its next big hit, Power of Gods: Hades.

This Greek-mythology inspired slot plays out on 5×3 reels with 243 win ways and features superb audiovisuals and a max win of 5,000x. Here, players are invited to brave the River Styx and venture into the underworld, which is overseen by the god of the dead, Hades, who has the power to thrill players brave enough to spin the reels.

Cascading Reels boost win potential in this immersive video slot while innovative Sticky Bonus symbols increase player engagement by remaining on the reels for five respins and elevating the chance for players to activate the bonus round.

Players are granted three respins during the Hold the Jackpot bonus round which is dominated by the 15-reel matrix. Each time a new Bonus symbol lands on the reels, the count resets. The respins mode also features multiple modifiers.

Players who manage to fill all 15 reels, are awarded the Grand Jackport worth 3,000x, in addition to all winnings accumulated during the respins mode, which is up to 5,000 times the stake.

Chief Commercial Officer for Wazdan Ltd., Andrezej Hyla,  commented on the third addition to their mythological series, following Power of Gods: Egypt and Power of Gods: the Pantheon, referring to it as the “darkest yet as we invite players to step into the underworld to face the might of Hades in search of untold riches.”

More about:  EveryMatrix announces relaunch of new BonusEngine solution across casino and sports

The CCO explains that the new online slot combines “innovative Sticky Bonus symbols and whopping Jackpots in the exciting Hold the Jackpot bonus round for huge win potential.” And they are “delighted” with the “beautifully designed action-packed game” and are “thrilled” to for players around the globe to experince it.

Power of Gods: Hades is the eighth slot from Wazdan to incopporate the immersive Hold the Jackpot game mechanic and the first to allow players to choose their own Volatility Level (low, medium or high) and depending on the jurisdiction can access the bonus round via the Buy Feature.

More about:  SkyCity Adelaide to open $243 million expansion from Thursday

The agreement marks yet another development for the supplier, as it continues to expand in regulated markets across Europe and the Americas.