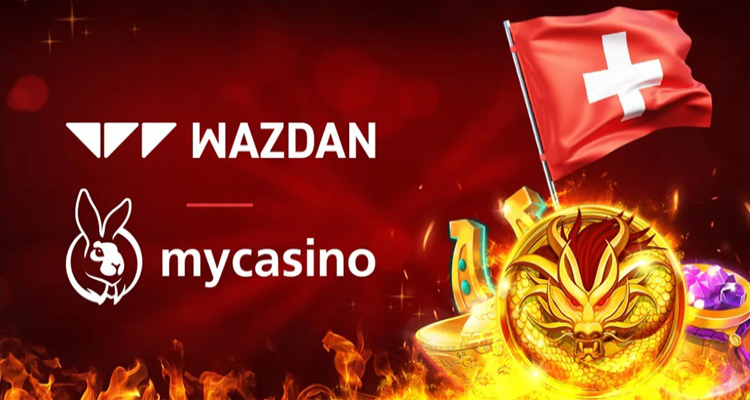 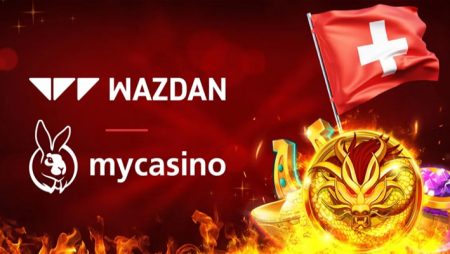 The innovative gaming provider, Wazdan, has further expanded its Swiss presence following the latest content deal with Grand Casino Luzern online brand mycasino.ch. The agreement will facilitate the supply of the entire Wazdan award-winning portfolio of games to the leading online brand of the prominent Swiss casino operator.

The deal will see batches of the supplier’s content going live on mycasino.ch in the first months of 2023. The popular Wazdan game 9 Burning Dragons is already live at mycasino to keep the Swiss players up to date with the developer’s simultaneous expansions across the regulated European market featured by this game.

The integration of the popular content provider’s library with the leading Swiss operator has been arranged via PAF to mark the fifth jurisdiction the content supplier has entered via the global operator.

Bekki D’Agata, Commercial Director at Wazdan, said: “Switzerland is a massive market of focus for us, and we’re delighted to partner with one of its pre-eminent casino institutions, Grand Casino Luzern. Our product portfolio has been well received by the Swiss community, and we’re looking forward to our entire offering being rolled out in the coming months.”

Diemo Kastner, Online Casino Director of mycasino.ch, added: “We’re always searching for cutting-edge content that will be a point of differentiation for us, and Wazdan brings innovative titles as well as a fantastic engagement-boosting suite of tools, and we can’t wait to see how they are received by our players.”

The reputation of Wazdan brings the company a growing number of deals and partnerships across the world thanks to its cutting-edge content featured by unique design and flawless mechanics. Therefore it is no surprise that the Wazdan hit title 9 Coins™ has been nominated by the Global Gaming Awards in the Game of the Year category. The winners will be announced in London on 6th February 2023.

9 Coins™  was released in July to gain immediate popularity. It is an attractive gameplay featuring unusual mechanics, an ear-pleasing soundtrack, and highly developed graphic effects. Another reason why the game immediately resonated with players is the inclusion of Wazdan’s innovative Cash Infinity™ feature that boosts players’ engagement and excitement.

Thanks to the first-class game design and its intuitive features, the number of unique active players increase by 163%, game rounds by 248%, and bet sum by a stunning 265%. The game soon became Wazdan’s most popular game of the year to inspire its additional installments, such as 9 Coins™ 1000 Edition and 9 Coins™ Grand Gold Edition.

“We know we were on to a winner as soon as 9 Coins™ hit the market and those numbers started to soar,” said Andrzej Hyla, Chief Commercial Officer at Wazdan. “It’s fantastic to see that hard work paid off and our game has been recognized by prestigious awards bodies like the Global Gaming Awards. We can’t wait for the results in February and best of luck to all you friends and fellow nominees!”