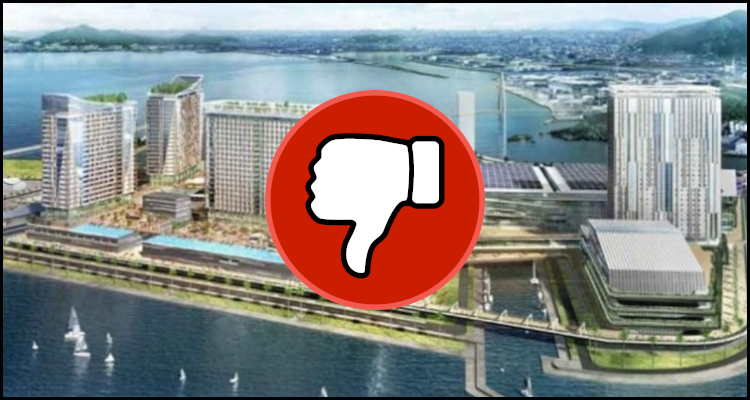 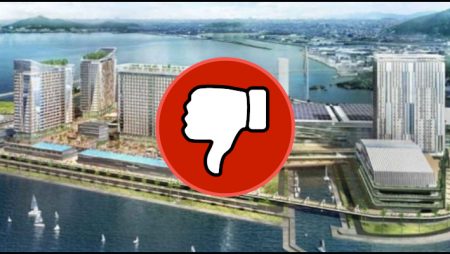 In Japan and the proposal to bring an integrated casino resort to Wakayama Prefecture is reportedly in tatters after local legislators voted down the jurisdiction’s associated development plan.

According to a report from Inside Asian Gaming, the southern Honshu community had been hoping to be given permission to bring a Las Vegas-style development to a 50.7-acre plot of privately-owned land on its Marina City artificial island. The source detailed that this venue was to be run by American behemoth Caesars Entertainment Incorporated under deals with Canadian private equity management firm Clairvest Group Incorporated and local management specialist AMSE Resorts Japan Company Limited.

However, the 42-member Wakayama Prefectural Assembly reportedly jeopardized this proposition earlier today after voting against the implementation of the plan for the envisioned integrated casino resort. This 22-to-18 decision was purportedly taken due to concerns over just who would be responsible for stumping up the around $3.7 billion that will be needed to realize the gambling-friendly development.

Inside Asian Gaming reported that this disheartening vote came even though Clairvest Group Incorporated via its Clairvest Neem Ventures Company Limited subordinate disclosed that it was willing to spend upwards of $715 million of its own money on the project and had received solid commitments from Caesars Entertainment Incorporated and Nishimatsu Construction Company Limited for $63 million and $502 million respectively. The Toronto-headquartered firm moreover purportedly advised the legislators that it was working with global investment bank Credit Suisse Group AG in hopes of coming up with at least $2.4 billion in additional cash.

Although most forms of gambling are currently illegal in Japan, the coalition government of former Prime Minister Shinzo Abe reportedly passed legislation in July of 2018 that is to see the nation of some 126 million inhabitants authorize a trio of integrated casino resorts. To be in with a chance of securing one of these lucrative 40-year licenses and candidate locales are purportedly being obliged to submit their completed applications to a panel of federal selectors before April 28 with a final decision then expected before the end of the year.

The Wakayama Prefectural Assembly was reportedly particularly put off by the fact that Clairvest Neem Ventures Company Limited was unable to hand over the official commitment letter from Credit Suisse Group AG regarding the expected spending shortfall. The negative vote purportedly later resulted in the jurisdiction deciding not to submit its current plan for the envisioned integrated casino resort to the Tokyo-headquartered selection body.

Many analysts now reportedly expect the proponents of the Wakayama Prefecture integrated casino resort plan to completely pull out of the process. This would purportedly leave only Nagasaki Prefecture and the giant city of Osaka as the only remaining candidates for the right to host one of the coming gambling-friendly properties.