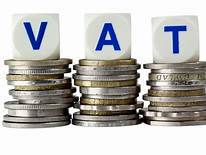 A major win for the UK’s gambling machine owners has come with the decision by the tax authorities not to appeal a test case that they lost in June.

The Rank Group, major operator of bingo clubs and casinos, had successfully fought a case in the courts and then at a tribunal over Value Added Tax applied on slot machines.

The outcome of the Revenue and Customs decision not to appeal the outcome of the legal action means that Britain’s pubs, amusement arcades and betting companies will receive a considerable sum – possibly amounting to billions – in tax refunds.

The court had decided that they were unfairly charged VAT by the government on some of their machine activities. In the case of the Rank Group, owner of the Mecca Bingo chain and Grosvenor Casinos, it could return around £80m to the company.

They should not, the tribunal decided, have been charged VAT on the machines between 2005 and 2013 because they were similar to VAT-exempt gambling devices such as casino roulette wheels and online gambling games.

The tribunal followed a court case in April of 2020 that found in favour of the betting company Betfred, which operated fixed odds betting terminals. It said that Betfred should similarly receive a refund of its VAT.