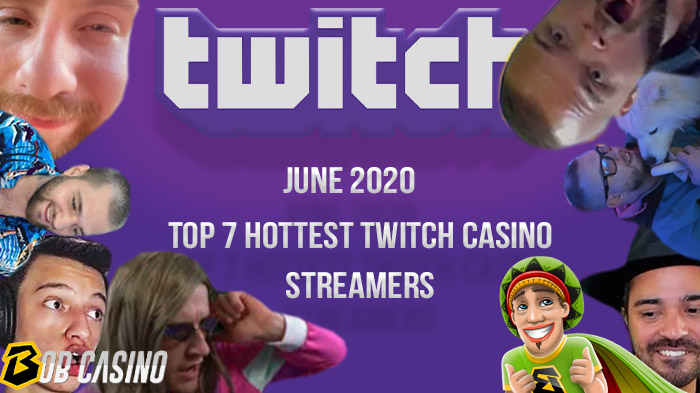 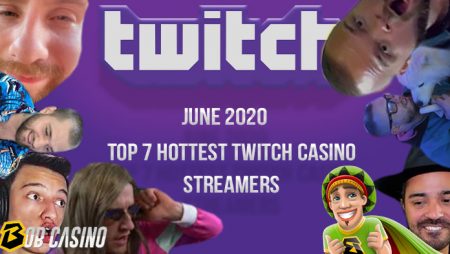 Keeping up with the latest developments in the world of casino streaming is no easy task. Major slot streamers are engaged in a never-ending battle for viewer attention. Ambitious new contenders appear in the Twitch casino section almost every single day. And, every so often, a channel will come out of nowhere and explode in popularity overnight. To help you keep a finger on the pulse of the world of online casino streamers, our team of editors compiled this list of the top seven fastest growing online casino streamers. Let’s dig in!

Opening up our top seven is German online gambling channel CrazyDomme. The channel joined the Twitch streaming community in September of last year and stayed under the radar up until last month.

Out of its 17,000 followers, a whopping 8,010 were gained in the month of May. That’s a whole 47% percent of the channel’s entire audience. Thanks to this explosion, the channel now easily pulls 400-700 concurrent viewers on its streams. If this upward trend continues, CrazyDomme might become a force to be reckoned with in the months to come.

CrazyDomme’s most popular video is a clip of him celebrating a large win in Danger: High Voltage in a way that’s quite… interesting.

Coming in at number seven is a much larger, more established channel. Immortal is a hybrid gaming — gambling channel run by Martin, a thirty-year-old hardcore gamer from Bulgaria. Martin is somewhat of a streaming community veteran as he started streaming on June 24, 2012. His channel currently has 126,495 followers, 8,306 (6.6%) of which he gained in May, 2020.

The most popular real money gambling clip on the website of this successful streamer is of him winning €2,160.00 EUR in a game of table roulette.

ClassyBeef is no newcomer to the Twitch streaming community. We recently featured the Malta-based casino streaming channel at number 2 in our list of the top 9 most popular Twitch casino streamers in June. The energy that radiates from the channel’s energetic hosts regularly attracts upwards of 5,000-7,000 viewers. The casino game channel currently has 87,500 followers, 8,481 (9.7%) of which it gained in the month of May.

The most popular video on ClassyBeef’s YouTube channel is a compilation of their biggest slot wins. The video is over 40 minutes long and has amassed over 100,000 views.

Coming in at number five on our list is Polish slot streamer HOMESwKASYNIE. The direct opposite of ClassyBeef, HOMESwKASYNIE is a very new channel that came out of nowhere and absolutely exploded in popularity in May, gaining 82% of its followers in that month alone. Virtually unheard of just a couple of months ago, HOMESwKASYNIE now regularly pulls upwards of 600-900 concurrent viewers during peak hours. This is as close to an overnight success as we’ve seen in a long time.

The most popular video on the casino game streamer’s YouTube channel is a compilation of his biggest casino wins.

Remember the snowball analogy from earlier? Well, it is even more applicable to Roshtein as it was with ClassyBeef. The undisputed king of the casino section of Twitch gained an astronomical 16,275 (4.8%) new Twitch followers in May, bringing his total to a cool 340,000.

If you have never heard of Roshtein, then you are probably very new to the world of online casino streamers. Which is fine. We’ve all been there at some point in our gambling journeys. One of the best ways to acquaint yourself with this successful streamer is to watch his highlights or reading our article about the streamer. We highly recommend watching the clip in which he sets a world record on the Jammin Jars slot.

Next on our list of the top fastest-growing Twitch casino streamers is French channel DocJazy. If you’re reading this in France, you have undoubtedly heard of this channel. DocJazy has been a part of the French casino streaming community since 2016. The channel has 137,738 followers and hits peak viewerships of up to 3,000. In May, 2020, the channel gained 18,727 new followers, which is roughly 13.5% of its total Twitch subscriber count.

What makes DocJazy stand out from the pack is the fact that it is not primarily a Twitch casino channel. While DocJazy is moderately popular on Twitch, the channel is absolutely huge on YouTube, where it has over 1,180,000 subscribers. Blog-style and gaming videos on that channel regularly gain millions of views. The most popular real money gambling video on the channel is a vlog about buying lottery tickets.

Number one on our list is yet another non-English casino gambling channel. Agusbob is a successful streamer from Argentina who gained 27,138 (14.8%) of his 182,200 subscribers in the month of May. This Argentinian hybrid gaming — gambling channel regularly attracts up to 2,000-3,000 concurrent viewers to his Twitch streams. On the gambling side of things, Agusbob is primarily known for streaming live dealer games. And on the gaming side of this, he is most known for his GTA V and CS:GO videos.

Agusbob’s popular real money gambling Twitch highlight video is one of him winning it big in Evolution Gaming’s Monopoly Live.