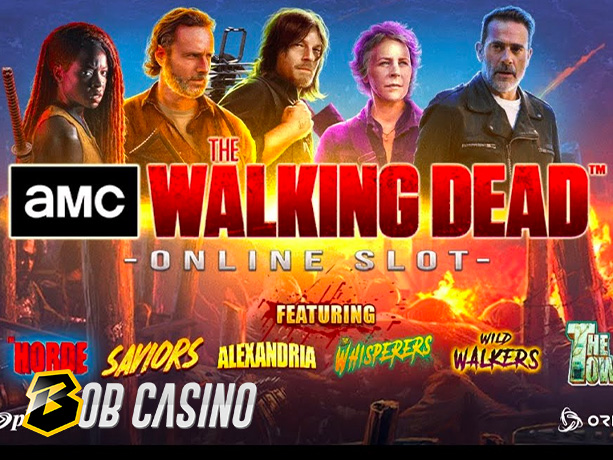 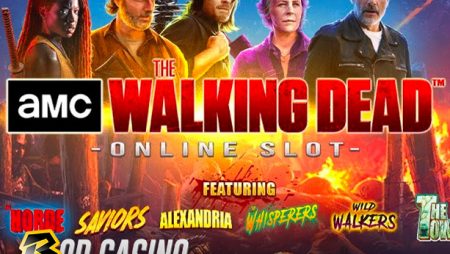 In partnership with AMC networks, Playtech is set to release a new slot dubbed The Walking Dead. The slot version of the famous AMC TV series has been designed with various features and modern graphics to appeal to fans and other players new to the theme. You’ll be tasked with defending Alexandria from the horde, whisperers, and wild walkers or battling the saviors. Fight alongside Rick, Carol, Negan, and Michonne to defeat the zombies and, in turn, get rewarded with prizes up to 2,000x the stake. Here is a full review of the slot to prepare you to deal with zombies.

The Walking Dead has the following game statistics:

The walking dead slot plays out on 5 reels, 3 rows, and 50 paylines. It also comes with an RTP of 95.73%, which is below the market average of 96%, but it’s still impressive for a branded slot. The volatility is rated at a medium which is good news for medium and low rollers. Paired with a frequency of 28.81%, a player can expect to win in every 4 spins. The maximum win is set at 2,000x the total bet, but more payouts are in the base and bonus games.

Playable on any device, a win is awarded for hitting 3 or more similar symbols on any payline starting from the left reel. Spin away by selecting any bet range between $0.10 and $500. Pay symbols include low-paying symbols J, Q, K, and A, which pay 1x to 1.5x the stake for 3-5 of a kind. The main characters of the TV shows make up the high-paying symbols carrying a reward of 2x to 3x the stake. The wild symbol is the most rewarding and can substitute for any other on the slot for more winning combinations.

The Walking Dead comes with a zombie apocalypse theme and a setting similar to the AMC’s TV show. The game is accompanied by quotes such as ‘easy peasy, lemon squeezy, ‘which urge the player to keep spinning. You can also expect to hear ‘we fight for our future; we don’t fight for revenge’ from Daryl. Enjoy the atmospheric music that creates tension which pairs well with the overall theme. The graphics are also well-executed, as you would expect of this developer.

The Walking Dead has been designed with a bunch of bonus features, including.

Among the significant features of the slot is the tower feature, which is activated by landing 6 coins in a single spin. These symbols can land anywhere on the reels, increasing the chances of triggering this feature. Once activated, these coins remain locked in their reel positions and instantly reward 3 respins. The count is reset to 3 each time a new coin is locked in position.

You need to collect 2 coins with a key attached to unlock extra rows in the game. Unlock rows 7 and 8 for x2 and x5 multipliers, respectively. The 9th row comes with biohazard coins and any one of the following jackpots:

The feature is activated by landing 3 shield scatters for 6 free spins and a multiplier between 1x to 50x the stake. You can land any of the following bonus rounds:

The Walking Dead: Our Verdict

The slot is designed to immediately suck in the TV series lovers while still appealing to other players. The volatility rating and RTP are decent, but the win potential may be a bit too low for veteran players. The developer, however, makes up for it by adding 4 jackpot prizes. The bonus feature ensures the game remains enjoyable throughout the spins. Give it a spin or two once released.