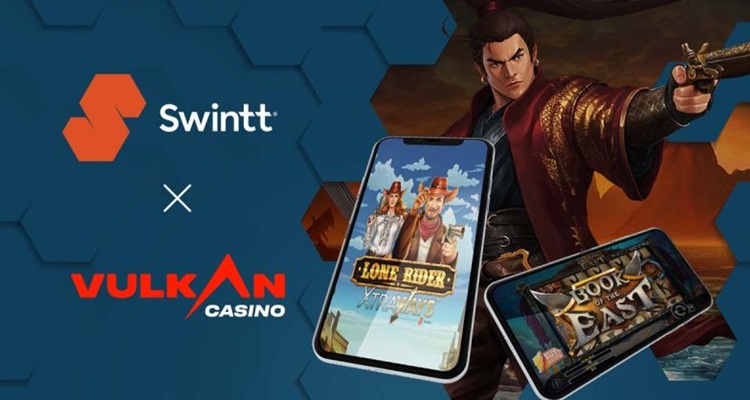 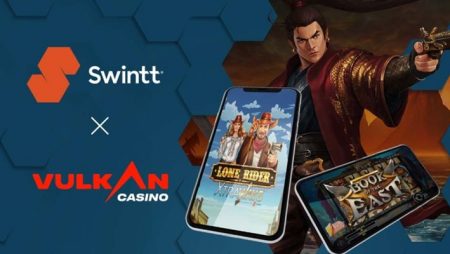 In a deal that will allow them to reach “an entirely new audience,” online casino software provider, Swintt, has partnered with Ukraine-licensed, Vulcan Casino. The new agreement represents the fast-growing Malta-based firm’s first deal in the Eastern European country’s regulated iGaming market.

The deal, which, according to Swintt is a “huge step forward,” allows the popular online casino platform to grow its product offering by supplying Ukrainian players with its full slots suite, SwinttLive casino games, as well as its innovative SwinttGamify gamification tool.

What this means for players at vulkancasino.ua is that going forward they will be able to enjoy the software provider’s most successful titles, such as Zombies on Vacation, Sea Raiders and Lone Rider XtraWays, as well as the recently launched Asian-themed Book of the East alongside the highly-anticipated, soon-to-be-released, Sweetania.

“As a fully licensed and regulated Ukrainian online casino, we pride ourselves on offering players the best games from the industry’s leading providers. The addition of Swintt’s suite of slots and live casino games will enable us to strengthen our position as market leaders while offering even more choice to customers. We’re delighted to have Swintt on board for what promises to be an exciting partnership for both parties going forward.“

The debut will moreover see Ukrainian players given a “first look” at Swintt’s inventive pay features, such as the trademarked XtraWays system. The innovation can be found in games like the Western-inspired Lone Rider XtraWays and the coming Rock n’ Ways XtraWays and is unique to Swintt slots. The unique proprietary game mechanic rewards players with up to 262,144 win-ways and up to 25,000x multiplier in regard to Rock n’Ways XtraWays.

Games featuring the mechanic enable players to gather special symbols that increase the size of the reels by up to 5 positions for the following spin. Players who manage to land XtraWays icons after that, see the reels continue to grow until such time as the full game board unlocks. When that happens, the max number of win-ways opens up and so does the potential to create multiple pay line combinations for massive prizes.

David Mann, Chief Commercial Officer for Swintt, explained that throughout 2021, they’ve seen “rapid expansion” and are now able to offer “more games in more markets than ever before.”

The deal with vulkancasino.ua, Mann said, will allow them to reach a new audience and “we really think Ukrainian players are going to love taking our state-of-the-art slots and live casino games for a spin.”

The software provider kicked off the month of November by further strengthening its online presence while at the same time cementing its position in the Maltese and Swedish iGaming markets thanks to a new partnership deal with popular online operator, Mr Vegas.

More about:  Caesars Entertainment Incorporated boss optimistic about the future