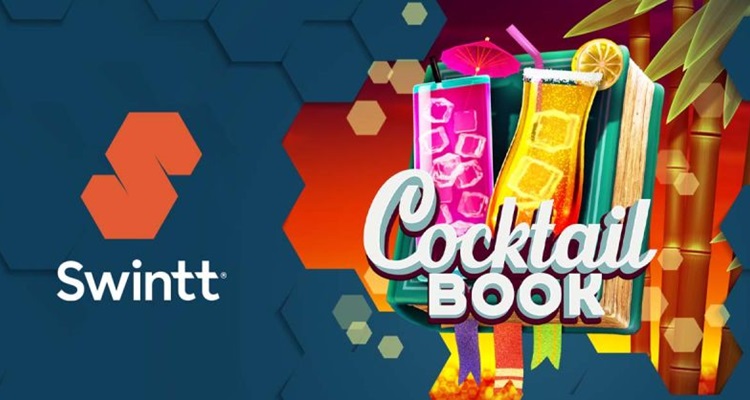 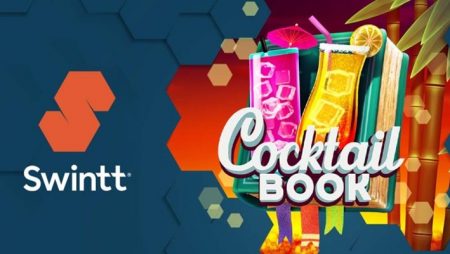 Ramping up its Premium Slot collection, online casino software provider Swintt has launched its second title of the new year, raising a glass to players with Cocktail Book.

The classic 5-reel, 3-row online slot features 5 fixed paylines and is set in a tropical island paradise where players are invited to create the perfect mixture of fresh fruits, lucky red sevens, liberty bells and BAR symbols as they toast to a maximum multiplier of 5,500x their stake.

During base game play of the medium variance, fruit-style slot, all winnings can be bet via the gamble feature where players try to correctly guess the color or suit of a playing card that is hidden in order to double or quadruple their existing prize. As great as that sounds, the developer assures that this is “merely the aperitif” compared to the game’s main extra spins feature.

The exciting feature is activated anytime at least three Cocktail Book scatter symbols land on the reels. When that happens, players are transported to a new screen where they will choose one of two fresh and fruity Extra Spins recipes. If they select the orange option, they are awarded between 6 and 25 extra spins and expanding wilds are added to the reels. If, however, they choose the purple option, they will receive between 8 and 12 Extra Spins along with an expanding mystery symbol.

Elaborating further, players opting for orange are provided with a screen that is filled with 10 coconuts, each of which reveals a specific number of extra spins. Players keep selecting coconuts and adding more games until they hit one that starts the feature. When the bonus starts, wilds that show up expand, filling their reel and completing new paylines.

Choosing purple sees a bonus reel with two rings appear and when clicked the outer ring spins, stopping on a random symbol from the base game and the inner ring selects a number of extra spins. When the feature begins, any time the symbol that was previously selected lands on the reels, it expands to cover the entire column. Landing five expanding symbols activates the Full Table max win.

If that wasn’t enough, if during either of the extra spins features a player lands at least three subsequent scatter symbols, they are able to choose additional coconuts or spin the wheel again to extend the life of the round for a shot at adding more wins to their existing total.

“The start of the year can sometimes feel a bit gloomy, so we’re inviting players to get away from the cold and join us on a tropical island paradise as we serve up five reels of thirst-quenching fun in Cocktail Book.”

CCO Mann summarizes that what is the latest game in their Premium Slot collection “provides a blend of intuitive gameplay and fun features that a master mixologist would be proud of. With a maximum multiplier of 5,500x up for grabs, we’re sure the game will provide players with plenty of reasons to raise a toast this month.”

The software provider kicked off 2022 with another addition to the Premium Slot collection via its new retro-themed video slot, Extra Win X, which features a triggerable prize wheel with the potential of awarding up to 800x the bet!