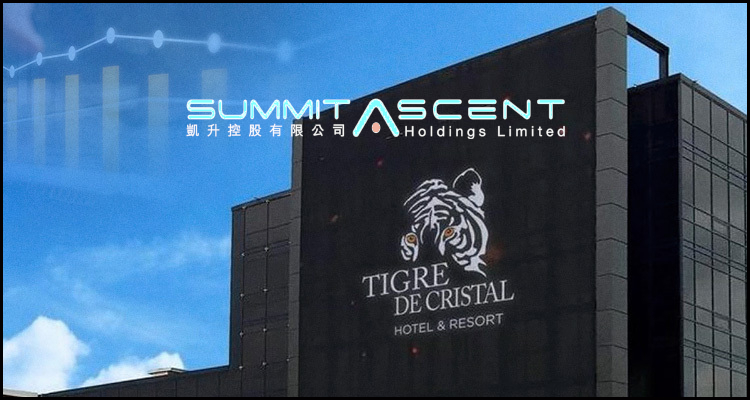 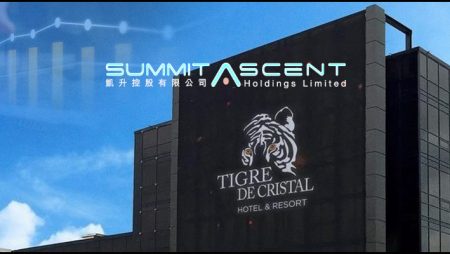 Summit Ascent Holdings Limited has released its interim half-year financial results showing that aggregated revenues increased by 37% year-on-year to approximately $22.6 million thanks to the strong performance of its sole Tigre De Cristal venue.

The Hong Kong-listed firm used an official Tuesday filing (pdf) to detail that this rise helped its six-month adjusted earnings before interest, tax, depreciation and amortization swell by $249% year-on-year to top $7.6 million and pushed its associated gross profit to north of $15.7 million. The operator also explained that this latter figure was much better than the $1 million deficit it chalked up for the same period in 2021 and took its attributable net yield back into the black at almost $10.9 million.

Summit Ascent Holdings Limited is majority-owned by LET Group Holdings Limited, which was previously known as Suncity Group Holdings Limited, and declared that its gross first-half gaming revenues improved by 36.6% year-on-year to just above $21.3 million despite its Tigre De Cristal property experiencing a dramatic plunge in the number of ‘non-Russian visitors’. The company moreover asserted that foreign patrons had accounted for 54.2% of such receipts in 2019 but that this ratio ‘dropped to 20.9% and 0% in 2020 and 2021 respectively’ following the emergence of the coronavirus pandemic.

Established in 1993, Summit Ascent Holdings Limited holds a commanding 69.66% stake in the 121-room Tigre De Cristal venue, which is located within the Primorye Integrated Entertainment Resort zone near the Russian port city of Vladivostok, and it noted that foreign gamblers had contributed no first-half rolling chip revenues. The enterprise went on to state that this followed the arrival of the coronavirus pandemic as well as the emergence of several ‘unfavorable factors’ whose impacts may have ‘changed from short-term to become long-term’.

However, the operator divulged that its first-half mass-market gaming table revenues grew by 55.1% year-on-year to hit nearly $10.8 million while associated slot receipts surged by 21.8% to about $10.5 million. The company clarified that this had been joined by an associated 52.5% uptick in hotel income to just below $1.3 million off of average hotel occupancy rates of 28% on weekdays and 53% at weekends.

“Although the group’s Tigre De Cristal integrated resort is operating in the Russian Far East and has been self-sustaining without any bank borrowings, the western sanctions resulting from the Russia-Ukraine conflict may cause significant long-term damage to the Russian economy and its tourism industry. The board has been closely monitoring market conditions including a possible geopolitical realignment, supply disruptions and food and energy insecurity and will continue to assess the impact on the financial position and operations of the group.”

Regarding the planned $200 million expansion of its Tigre De Cristal development and Summit Ascent Holdings Limited pronounced in March that it had indefinitely delayed work in Russia and does not envisage being able to finish the project before the conclusion of 2024. This project was eventually expected to encompass the premiere of some 350 extra hotel rooms alongside a revamped casino offering a collection of around 300 more slots and 75 additional gaming tables.