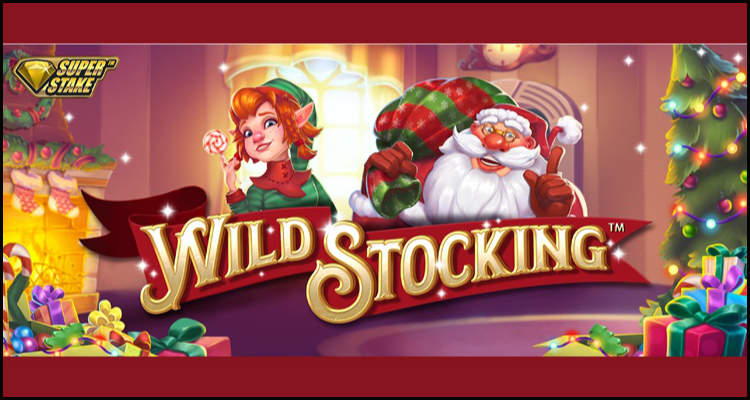 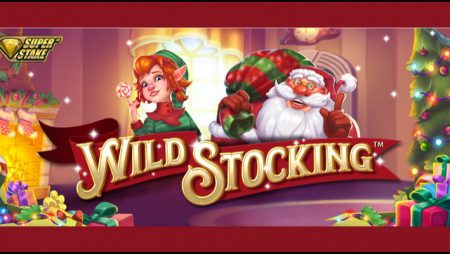 With Christmas only a few weeks away, Dutch online casino games developer Stakelogic BV has announced that it is getting into the holiday spirit via the launch of its new five-reel Wild Stocking video slot.

The Eindhoven-headquartered innovator used an official Tuesday press release to declare that its latest mobile-friendly game invites video slot aficionados ‘to go dashing through the snow’ while exploring ‘a winter wonderland’ in hopes of banking rewards that could be worth up to 25,000 times their triggering stake.

Stakelogic BV is responsible for a portfolio of over 30 video slots and stated that its four-row Wild Stocking title will get players ‘in the holiday spirit’ due to the fact that it comes replete ‘with free spins and other festive features’ such as snowmen, glowing lanterns, and candy canes. The firm pronounced that the 1,024 ways-to-win game has been ‘designed to get slot fans in the mood for the Christmas period’ and also has a range of ‘unique symbols’ including reindeer, elves and a high-value representation of Santa Clause himself spinning across its reels.

More about:  Greek success for Mohegan Gaming and Entertainment

As if all of this wasn’t enough, Stakelogic BV explained that the base game in Wild Stocking has a selection of bonus features including the ability for players to instantly bank random cash prizes for amassing at least three stocking symbols. The developer disclosed that this pick-me attraction is complemented by a ten-attempt free spins round competitors can access by landing a trio of scatters in hopes of similarly being given entry to stocking picks with even more prize modifiers.

On top of all this and Stakelogic BV noted that all wild symbols attached to Wild Stocking free spins host a modifier that could potentially award punters with quintuple rewards. It proclaimed that these icons may additionally expand to fill an entire reel for ‘plenty of opportunities for players to make off with a festive fortune’.

Olga Bajela serves as the Chief Operating Officer for Stakelogic BV and she used the press release to assert that impatient iGaming aficionados can activate her firm’s signature Super Stake option within Wild Stocking in order ‘to add extra scatters to the reels or even enter the feature directly using the Buy Bonus option’. As a final yuletide treat and she confirmed that all wins can be doubled or even quadrupled courtesy of the game’s gamble feature where players are challenged ‘to correctly guess the color or suit of a random playing card’.

Read a statement from Bajela…

“In our new Wild Stocking slot, we’re inviting players to come dashing through the snow with us on a fun-filled ride that’s packed with festive features. With free spins, expanding wilds and instant cash prizes all up for grabs, it doesn’t matter if they’ve been naughty or nice; all players will have the chance to unwrap top wins of up 25,000 times their stake.”

More about:  Rage of the Seas Slot Review (NetEnt)

Immersive in-game advertising campaign promotes Doctor Who: Worlds Apart NFT Drop
18 hours ago
Recent Comments
Categories
Recent Posts
18+
Gambling News from NewsCasinoNew.com is made for the most passionate fans of online casinos and internet gambling. We cover everything: from popular gambling world events and trends to new casino slot game releases and reviews, you will find the latest news stories.