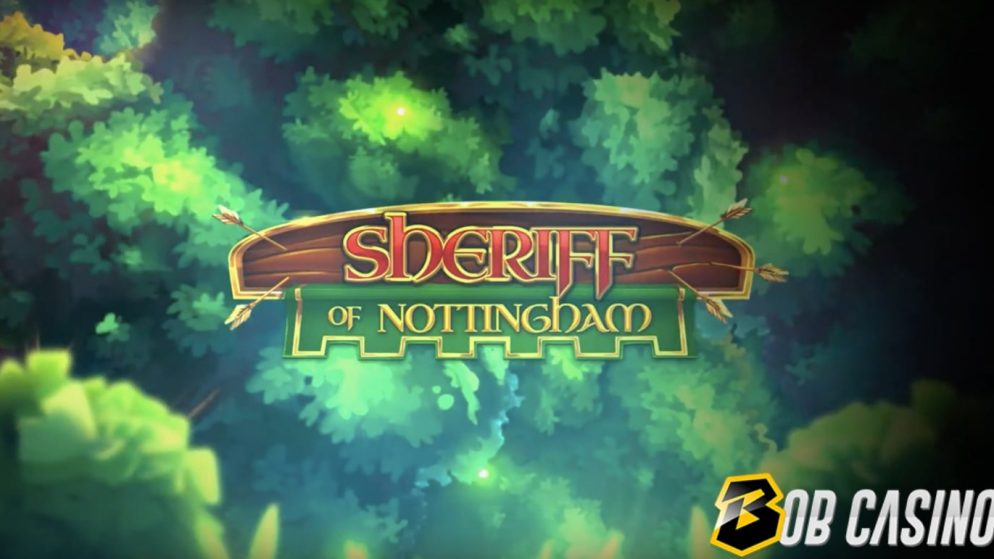 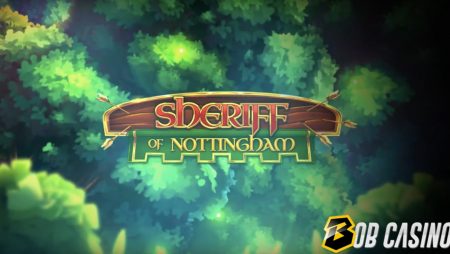 Many of us are well up on the legend of Robin Hood, but for those who might not have watched any of the 100+ film adaptations, here is a brief primer…

Robin Hood and his cadre of merry men, including Maid Marian, Little John, and Friar Tuck, lived in Sherwood Forest, where they stole from the affluent & rogue and gave their plunder to the poor. As expected, the well off people, most notably Prince John, were not happy with this and so they enlisted the help of the local constabulary.

Fast forward to the modern-day slotsverse, you are invited by iSoftBet on the outskirts of Sherwood Forest, where you will help to capture Robin Hood and his gang. In return, the cunning and dodgy Sheriff of Nottingham will reward you with bounties that could exceed €25000!

Take a walk in the Sherwood Forest with the Sheriff of Nottingham: play for money HERE or play for free in our demo:

Graphic-talk first, the developers at iSoftBet have really outdone themselves this time, resulting in one of those very eye-pleasing plot-based online casino slots where the characters on the reels come to life to reveal their character. This, however, has its ramifications too as we feel that the game plays out rather sluggishly, which though a bummer, should not be that big of a deal for serious punters who are for the larger part interested in what this game has to offer, potential-wise.

More about:  Tom Horn Gaming releases new slot Book of Ba: The Secret of the Netherworld

Speaking of potential, the regular symbols on the paytable, including an official order from Prince John, is not where your focus should be as they offer not-so-impressive rewards of up to 16X. Rather, it should be on the special symbols and the slot’s extras, which we will get to in a short while.

When it comes to altering your betting preferences, you can click on the bet currently displayed on the screen to switch between a coin and a real currency-based payout algorithm. To access the bet selector itself, you will have to either click the info button on the bottom left side of the grid and navigate to the second tab (Bet) or hit the casino chip-like button on the right (just below the spin button) for direct access.

The first special symbol you should be on the lookout for is the Sheriff Wild. On top of its substituting powers, it is the highest paying icon in the paytable with payouts of up to 20 times your bet.

On a random spin, you can be presented with three letters and be prompted to choose one. The letter you choose could reveal any the following:

Match 5 or more symbols of marauders on the grid to trigger 3 Wanted Re-spins. The goal here is to lock down as many of the triggering symbols as possible and collect their bounties at the end of the session.

Sheriff symbols can also show up to cash in the bounties for all the symbols you have collected so far, leaving even more empty positions for better chances of captures. The best thing about this feature is that for every jailbird you cop, the respins count resets back to 3. It is also here that you get to trigger the game’s premier reward of more than 1000 times your bet by locking down Prince John’s elusive symbol.

Be the New Sheriff in Town

Sheriff of Nottingham might not be the best Robin Hood adaptation in the slotsverse, but it’s not a bad effort from iSoftBet nonetheless. The most important thing is that it is a feature-laden high-potential slot that goes all in to try to be the most amusing in the category. That, we think, is going to be worth a lot.

A final word for you punters: bask in its entertainment value and you could get richer in the process. Plus, don’t forget to check out other high-rewarding & amusing slots from iSoftBet such as Roo Riches.