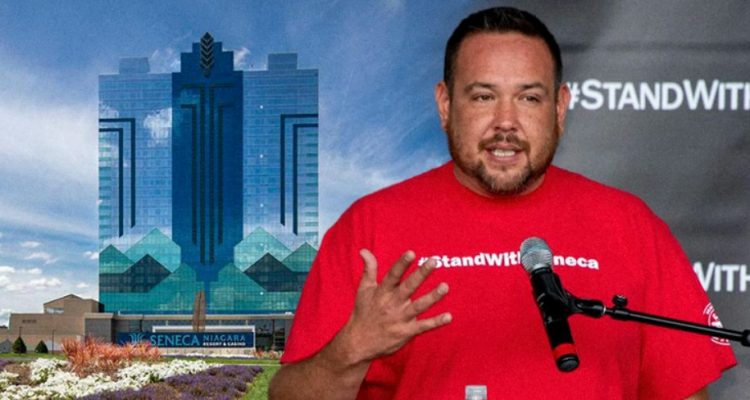 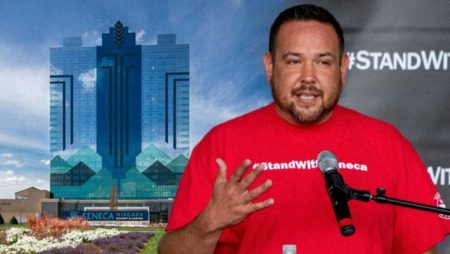 During a recent press conference, the Seneca Nation of Indians president stated that he wants a new and fair gaming compact with New York State. In his comments, Matthew Pagels said that the landscape has changed quite a bit since the Seneca Nation secured its gaming compact for three casinos in the western portion of the state. More competition in nearby areas are pulling from the group’s market.

A New and Fair Compact

After being questioned about his statement, Pagels cited several issues affecting the Seneca Nation’s bottom line. First, he commented on the expansion of casinos outside the exclusive territory of the Nation. Del Lago Resort & Casino along with the Tioga Downs affect the traffic the group sees at its Buffalo Creek, Seneca Niagara, and Seneca Allegany casinos.

The president also pointed out that the video lottery terminal gaming in the state has affected operations. The VLTs are commonly found across the state in facilities known as racinos. Such gaming options are pulling from the Nation’s market, affecting the group’s revenue earning ability.

An Increase in Gambling Across the Board

Phil Pantano, a spokesperson for the Seneca Nation, stated that he has researched the gaming industry. In his findings, he notes that in 2002 when the compact was first signed with the state, only 10 casinos existed nearby, be it in New York or neighboring states like Connecticut and Ontario in Canada.

Today, the spokesperson noted that more than 50 gaming venues are in that area. The landscape is much larger and does have an impact on operations. Along with land-based services, the online market has negatively affected Seneca Nation.

More about:  Economic value of Macau gaming industry falls as a result of coronavirus

The Nation provides 25% of its slot machine and VLT earnings to the state with the current compact. A 25% portion of that amount is then provided to host communities. Pagels has said before that the 25% cut is too high, even going as far as saying it is unrealistically high.

The current compact between the state and the Nation will end in December 2023. According to Pagels, the Nation has met with state representatives to discuss a schedule for talks regarding the new compact, though no details are set in stone just yet.

Pagel seems to be optimistic regarding talks with state officials when it comes to a new compact. The governor’s office has commented on the matter, stating that the administration is confident that the process will continue in a way that best serves New Yorkers.