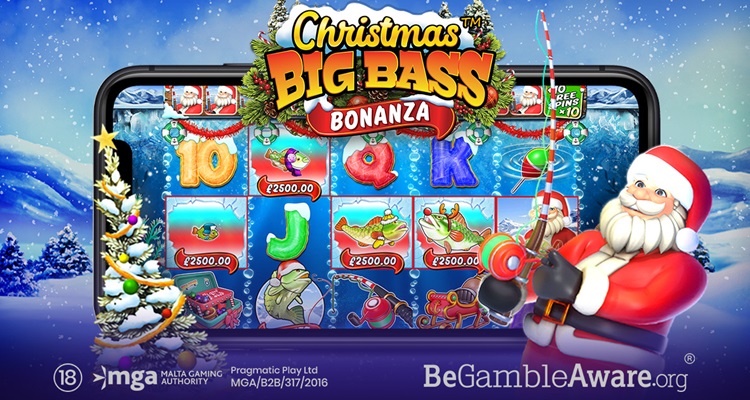 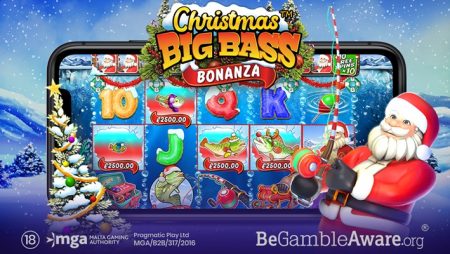 Powered by Pragmatic, the high volatility 5-reel, 3-row video slot takes players on a decidedly chillier adventure, with ice-capped icons and a smiling Santa switching out for the familiar fisherman they have grown accustomed to seeing has a max win of 2,100x the stake.

“a festive take on one of our most popular games collections”

This festive iteration of the player-favorite can be engaged on any device and has an RTP of 96.71 percent, and with the exception of the Christmas touches, is basically the same as the original, which was released on December 14, 2020.

The main goal here is for players to help the Wild Santa reel in as many fish symbols as possible during extra spins, which sees them collect all of their values. However, most of the time wins happen when symbols that match line up from the left to right on adjacent reels from the first reel. Game symbols include snow-capped 10-A card icons as low pays, while fish tiles, tackle boxes with red Christmas bows, sleighs, fishing rods, and bobbers are premiums. Landing five high pays across the game grid pays between 20 and 200 times the state.

In the base game, when a player lands 3, 4, or 5 Scatter symbols, the Extra Game round is triggered, awarding them with 10, 15, or 20 extra spins, respectively. While in Extra Spins, fish symbols land with random money values attached and if they should appear at the same time as the Santa Wild symbol, the bearded one collects them for the player.

Meanwhile, for every fourth Wild symbol that is collected the feature is retriggered, which awards 10 more extra spins and doubles the multiplier value for collection of money symbols during the first retrigger. It then triples it for the second retrigger and multiplies it by 10x for the third retrigger.

“With Christmas and the holidays just around the corner, we thought our players deserved to experience a festive take on one of our most popular games collections.

“Breathing new life into a series that has become a staple of our offering has been a truly invigorating experience, and we look forward to seeing how our audiences respond to this festive installment.”

Christmas Big Bass Bonanza follows recent releases Santa’s Wonderland, the latest in the John Hunter series, the Egyptian-themed Book of Fallen, and what is sure to be a hit Super X, each of which joins Pragmatic Play’s award-winning portfolio of 200-plus HTML5 titles.

Fans can expect the provider’s next hit, Smugglers Cove, to drop on December 9th.