Rocknrolla: All You Need to Know About Twitch Gambling’s Foul-Mouthed Rock Star 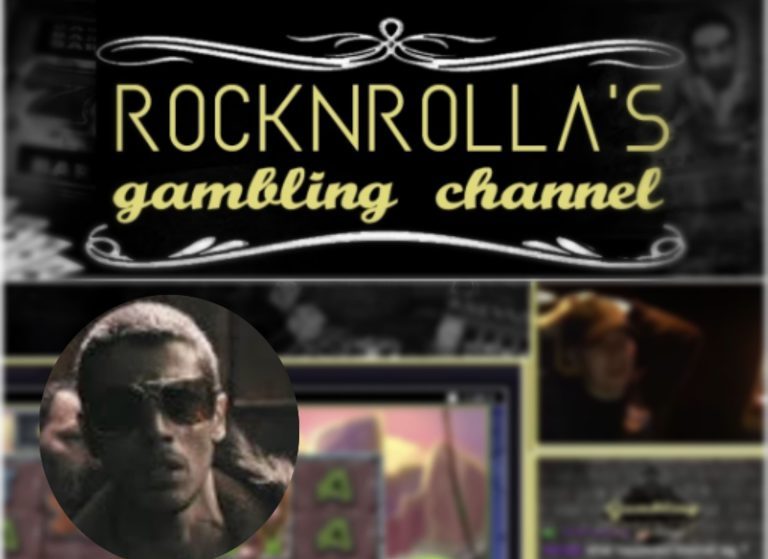 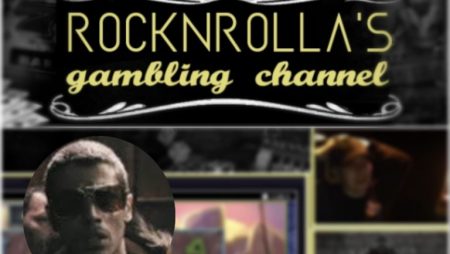 Clocking in at almost 60,000 YouTube subscribers and 30,000 Twitch followers, Rocknrolla is one of the largest names in online gambling. The British streamer is best known for his eccentric behavior, rebel attitude, and colorful choice of swear words. But there’s so much more than that to his streams and videos.

Rocknrolla’s success can be attributed to several key factors. His colorful, down-to-earth personality is undoubtedly his most important asset. The fact that the plays several types of games — rather than just focusing on roulette — helps him reach a wider audience. He also has a knack for creating intriguing video thumbnails that grab the viewers’ attention and make them want to click. Taken together, all of this is a recipe for success.

So let’s find out more about this British rebel gambler!

Rocknrolla registered his YouTube account back on June 10, 2008 under the name “paul3lp”. It wasn’t until October 2015 that he started uploading videos. His first video was called “HUGE poker win!!!” and was a simple gameplay screen recording without any voiceover. If you want to check it out, it can be viewed here:

Since then, the online gambler changed his name to RocknRolla, which is a reference to the 2008 Guy Ritchie thriller. Alongside this rebranding, his content has also made a tremendous leap forward in quality. Which, in turn, had an impact on his view numbers. The channel gained over 23,000,000 views. His most popular video, HUGE Roulette Loss!!!! (Part 2), has been viewed over 764,000 times. This number puts his content close in virality to such online gambling juggernauts as NG Slot.

Road to a Rebel’s Success

As we discussed before, Rocknrolla’s success can be attributed to several factors.

The streamer/YouTuber has a colorful, trash-talking personality, which makes his content entertaining to watch. It feels almost like you’re sitting next to a fun, foul-mouthed friend as he gambles. Obviously, viewers sensitive to swearing will want to steer away from his channel. But most others will find the honesty with which he expresses his emotions refreshing. In an industry full of faked emotions, Rocknrolla’s content feels like a breath of fresh air.

Having mastered the art of creating eye-catching YouTube thumbnail also doesn’t hurt. In today’s visually-driven world, it can often be mean the difference between failure and success.

The decision to play several types of games (rather than just slots, for example) has been a risky one. But it looks like it paid off for Rocknrolla and brought him a wide and loyal audience. Among other types of content, Rocknrolla has made videos on the following games:

In addition to this, Rocknrolla is famous (or perhaps its better to say infamous) for his video blogging activities. He made several opinion videos discussing such issues as compulsive gambling and the state of today’s Twitch streaming.

Like many online gamblers, Rocknrolla prefers to keep his private life private and does not disclose his real name. What we do know is that he is British. We also know that he is a fan of horse racing. In fact, betting on horse races seems to be a favored pastime for him:

But aside from his horse racing wins, Rocknrolla does not disclose his net worth and income.

When it comes to YouTube and Twitch, even an informed guess is hard to make. This is because platforms like Social Blade refuse to provide estimates because his videos often get demonetized. Which is a shame, because the view counts on some of his videos are high enough to bring him hundreds of dollars per video.

As is the case with most gambling YouTubers, most of his income probably comes from affiliate deals with online casinos, as well as donations he receives on his Twitch live streams. With 60,000 YouTube and 30,000 Twitch subscribers, he definitely earns enough to make it worthwhile.