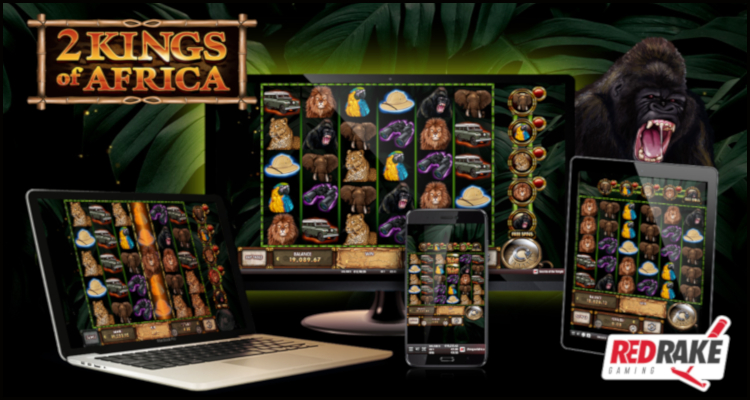 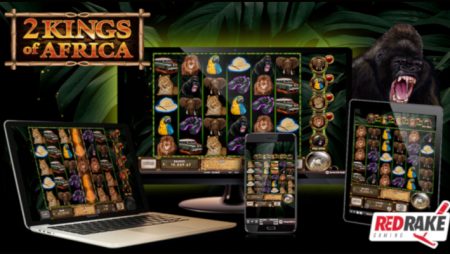 Spanish online casino games developer Red Rake Gaming is inviting iGaming aficionados to go on safari to see some of the planet’s most exotic and dangerous animals via its new 2 Kings of Africa video slot.

Red Rake Gaming disclosed that filling the gorilla bonus meter within its 2 Kings of Africa video slot will give players access to a free spin bonus attraction offering twelve additional attempts. The firm noted that punters could then see any rewards doubled if they can top up the in-game gorilla meter with a further nine symbols for the potential to take home rewards worth as much as 10,000 times the triggering stake.

Licensed by regulators in Greece, Malta, Romania, and theUnited Kingdom, Red Rake Gaming declared that all of the meters within its 2 Kings of Africa game ‘may start to fill up simultaneously’ to trigger the various bonus features while these ‘may start to fill up again’ after the completion of any round ‘to bring the possibility of more wins’. The developer asserted that punters can bag potentially-lucrative multipliers by satisfying the elephant meter while the parrot meter could award a nine-symbol block that will thereafter remain on the six-reel grid.

Red Rake Gaming already offered a portfolio of well over 60 video slots including the recently-launched Guardian of Ra title in addition to the popular Max Dangerous and the Lost Relics game and described its new 2 Kings of Africa advance as ‘a new and spectacular release’ featuring a 96% return to player ratio. It pronounced that anyone lucky enough to satisfy the HTML5-built innovation’s leopard meter is to be treated to four sticky wilds for ‘very interesting wins’ while players can enjoy eight tree wilds on the five-row grid for fulfilling the lion meter.

“This is a very comprehensive and feature-filled slot available to all operators and in all markets from today. As with all of our other slots, 2 Kings of Africa works with our tournament tool to offer even more excitement.”