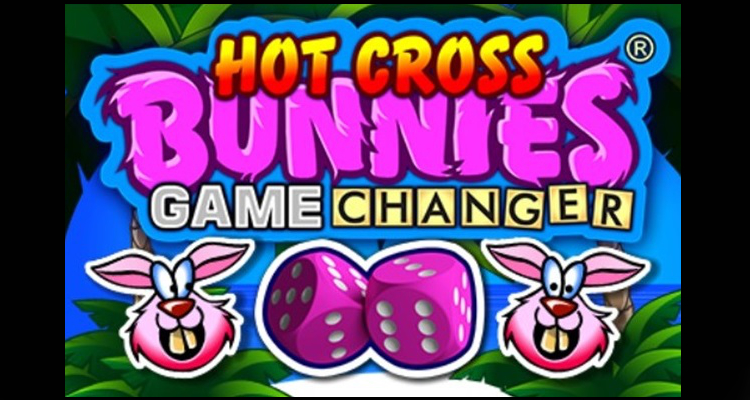 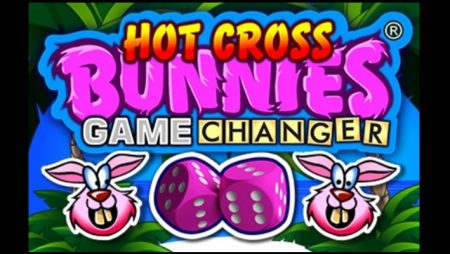 The second release in the Game Changer series and the 4th release in its classic Hot Cross Bunnies series, the new five-reel, 20 payline online slot features the Reading-headquartered supplier‘s innovative board game mechanic that creates a mind-blowing amount of bonus round combinations.

A ramped-up version of the developer’s original Hot Cross Bunnies slots, the medium variance title is the second such game to include the extremely popular Game Changer bonus round. Players trigger the exciting feature when boxed symbols including cards 10 through A, Take Prize, a cherry, an orange, grapes, a watermelon, a bell and a pink bunny, land around the edge of the reels to create a game board.

During the nail-biting round, players move from square to square by rolling the dice, which lands them on symbols to determine the prize they’ve been awarded.

Squares with a pink bunny, bell or fruit then spin the bonus slot when 3, 4 or 5 of the same symbol are awarded. Avoiding the Take Prize symbol is a good thing as it will bring the bonus round to an abrupt end.

What players do want to do is activate a Game Changer feature with reels 1 and 5 displaying three pink bunnies on each. If that happens, they can’t lose and will keep moving around the board and amassing prizes until they reach the maximum payout of 1,000x their stake.

“The Game Changer concept is already exceeding our expectations and Hot Cross Bunnies – Game Changer promises to be no different, combining a popular theme familiar to Realistic fans with a bonus round that offers fantastic engagement and win potential.

“Our portfolio has consistently grown this year with high-performing slot titles and instant win games that have added new levels of diversity and innovation to our offering. We’re already receiving an incredibly positive response from our partners and look forward to seeing how these latest releases perform with players.”

The network launch follows a successful two-week exclusivity period with the GVC group and is a complement to the recent release of Hot Cross Bunnies Pull Tab. The new instant win offering features a Free Spins Bonus Round which enhances the classic format.

In late February, Realistic debuted its Game Changer video slot, featuring the new game concept of the same name. And announced that it will initially roll out five games over the first half of 2020, with each of the games having its own variation of the board games concept.