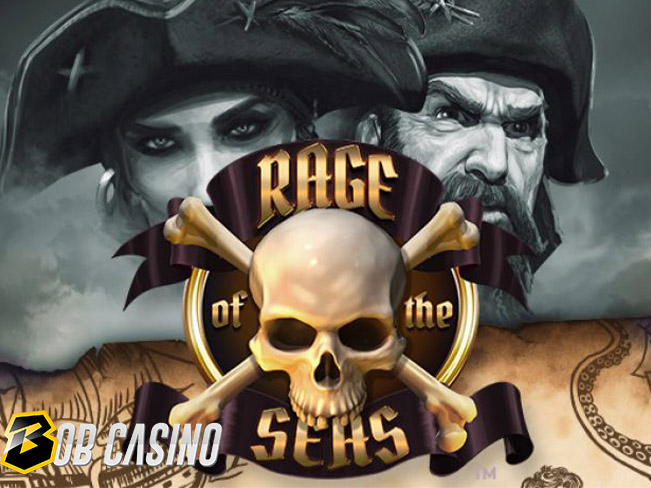 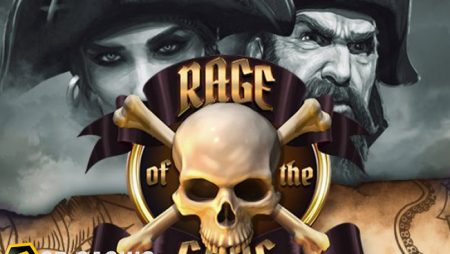 Ahoy me hearties! So, ye want t’ embark on a booty hunt aye? Well then, get yer swagger on because it’s time to set sail to the briny deep with Rage of the Seas from NetEnt.

Armed with the highest of volatility settings an’ majestic ways, this one’s quite predictable… it is yo-ho-ho chants for the crew all through as ye try not to get sent to Davy Jones’ Locker. Savvy? Worry not because we will be getting into the details shortly. Arrr!

Play Rage of the Seas for Free- Mobile & PC

Avast ye mates! Let’s go all hands hoay on the newest one from NetEnt! Play Rage of the seas for real money here or enjoy a free demo below:

As already hinted in the introduction, expect the challenge great, but the rewards even more so. That is because of a very high volatility setting paired with more bet ways than you can imagine; 1024 in the base game, 1792 with the 2nd reel expanded, 3136 with the 2nd and 3rd reel expanded, and 5488 with the grid maxed out (2nd, 3rd, and 4th reel expanded)! (Read on to see just how the expansion happens).

As for the aesthetics, NetEnt conjures up something a Sea of Thieves fan would gladly hop on. There’s a 5X4 grid erected on a man-o-war, precisely where the figurehead should be, as a suspenseful background tune completes an eerie atmosphere created by accurate tenebrism.

Players board the pirate ship by selecting their ideal bet. That can be anything from 0.2 to 400 units of any currency, meaning all budgets were in mind. Getting a win is a matter of ‘ the yoozh’ here, but the chances of landing a winner on an inactive payline are almost zero. There can be anywhere from 1024 to 5488 win ways, so as long as you line up at least 3 of a kind, counting from the first reel, you’ve got a winner.

Ten symbols make up the paytable. You can see buccaneers, a parrot, a hammerhead shark, an anchor, a barrel, a steering wheel, and a bottle of grog. Because the goal is to win on a large number of the available paylines, the values are not that impressive, with the most valuable symbol racking up 2.5X at best. There is also a wild, which takes the place of any regular payer to complete a winning combination.

Watch out for the Boost Symbol

The boost symbol is the key you need to unlock the slot’s win-boosting extras. It can appear on reels two, three, or four to expand the column three symbols above as four feature spins are triggered.

Feature Spins (not to be confused with free spins)

The selected bet will be deducted from the bankroll when a feature spin plays. The chances of winning are, however, higher here as one out of the available five random features is in play.

The random features will be recognizable to the slots enthusiast. There can be spreading wilds, stacked wilds, or a major or minor reel upgrade.

A spreading wild takes the shape of an octopus. It can land on reels two, three, or four and then use its arms to award up to two extra wilds on the said reels.

Stacked wilds can also appear on reels one, three, and four. These can occupy up to four positions to increase the chances of winning.

The anchor and barrel symbols do not show up.

The steering wheel and liquor bottle symbols do not show up.

Players get a win booster multiplier of X2 for every win.

A few points to note

Besides boost symbols, the other way to activate free spins is by landing scatters, where three, four, and five appearances award five, eight, and twelve free spins. The chances of landing big wins are highest in free spins as three of the available five random features are active.

Rage of the Seas — Our Verdict

Rage of the Seas ticks all the right boxes for a modern slot. A superb format that puts life-changing wins within reach & a perfectly executed theme.

It was exciting to see the capuchins break out from the boost symbols to expand the reels as they escape, not to mention the ramped-up free spin sessions, where wins of up to 200X were just about guaranteed. To conclude, another unforgettable gem from the slot geniuses at NetEnt.

Gaming Revenue in Spain Drops 50% Year-on-Year
11 hours ago
Recent Comments
Categories
Recent Posts
18+
Gambling News from NewsCasinoNew.com is made for the most passionate fans of online casinos and internet gambling. We cover everything: from popular gambling world events and trends to new casino slot game releases and reviews, you will find the latest news stories.