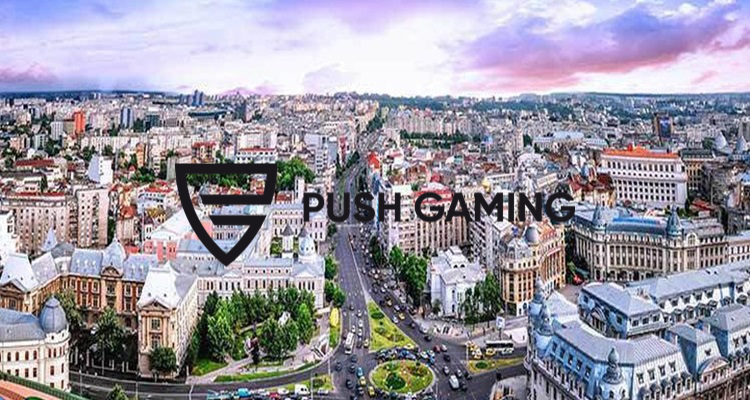 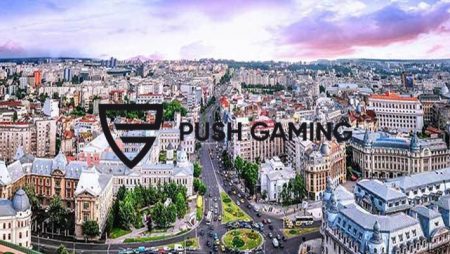 In an achievement that continues its “record-breaking 18 months of commercial success,” Push Gaming has taken its portfolio of player-first online games live in Romania after receiving accreditation from the Balkan country’s regulatory authority, Oficiul Național Pentru Jocuri De Noroc (ONJN). The announcement is on the heels of Push’s latest release, Fire Hopper.

Lauding the Romanian market as one that has “great potential to become even bigger,” the full certification to the standards set by the regulator will see the London-based HTML5 game developer make its gaming suite, which includes hit titles such Wild Swarm, Jammin’ Jars, Razor Shark, Mystery Museum, Fat Rabbit, Fat Drac and Fat Santa, available to players in the southeastern European country.

The accreditation and the supplier’s recent growth will enable it to collaborate with multiple top-tier operators while it will soon announce a series of high-profile deals within the next few months.

With Fiona Hickey at the lead, the UK studio aims to see its record-breaking 18 months of commercial success go uninterrupted, keeping players the focus of its engaging and immersive content.

In a company blog, Hickey commented on the firm’s expansion plans, saying…

“Whist already well-established in a relatively short space of time, the Romanian market has great potential to become even bigger and our innovative portfolio of games sets us up perfectly to make the most of the opportunity. These are exciting times for Push, we’re growing at a remarkable pace and with new key hires in place behind the scenes to support our accelerating expansion we’re in fantastic shape to make our mark in several new regions.”

The certification is in the midst of a wildly successful year for the British slot games innovator, having been recognized by industry leaders at the 2021 SiGMA Europe Awards, having walked away with the Game of the Year title. Push Gaming has also seen substantial growth after the acquisition of its MGA and UKGC-licensed platform in 2020, and is expected to extend through the year’s end.

As mentioned, the announcement is hot on the heels of the release of the B2B gaming supplier’s new Fire Hopper slot, which introduces players to a regal frog whose pond is loaded with plenty of surprises like increasing multipliers, instant prizes and extra spins!

Released following a successful beta launch with partner Entain and its top brands including PartyCasino, Bwin and Ladbrokes, the high volatility game has a max win of 50,000 times the stake.

Players will find the mysterious fire frog home on a 7×7 reel set in a countryside pond at the base of a waterfall, where a cluster pays mechanic spits when at least five clusters form. When that happens, winning symbols drop off and a new cascade drops down.

If the Frog symbols and the Firefly appear simultaneously, the Frog hops onto it and changes it into a Wild Golden Frog, and the multiplier increases with each leap. The Frog and instant prize symbol together award the player instant wins of up to 1000 times, however, when combined with multipliers in base gameplay can swell up to 50,000x!

Triggering the extra spins game happens when a player lands a Bonus Scatter and a Frog Symbol, which sees them awarded seven extra spins, while any multipliers that have already accumulated are transferred to the extra spins bonus round.

“While the tone may be a shift from previous games, the gameplay and win potential will offer players another level of entertainment in a cluster pays game. Our team has done an incredible job with the design and as a result, the game looks and plays brilliantly especially on mobile.”

Also commenting was Alex Ratcliffe who is Head of Slots for Entain, he said that Fire Hopper is “exactly the kind of game exclusive” they like to host. He explained that during the game’s beta period with them, “the contemporary design and subtle physics of the game really shone, and it really grabbed the attention of our players.”

Recent News
FUGASO makes Livespins debut
40 mins ago
Nolimit City is revving up with their latest release, ‘Road Rage’
40 mins ago
Spinomenal secures B2B UKGC licence
40 mins ago
Announcing the shortlists for CEEG Awards 2022 (Central and Eastern European Gaming Awards)
40 mins ago
Recent Comments
Categories
Recent Posts
18+
Gambling News from NewsCasinoNew.com is made for the most passionate fans of online casinos and internet gambling. We cover everything: from popular gambling world events and trends to new casino slot game releases and reviews, you will find the latest news stories.