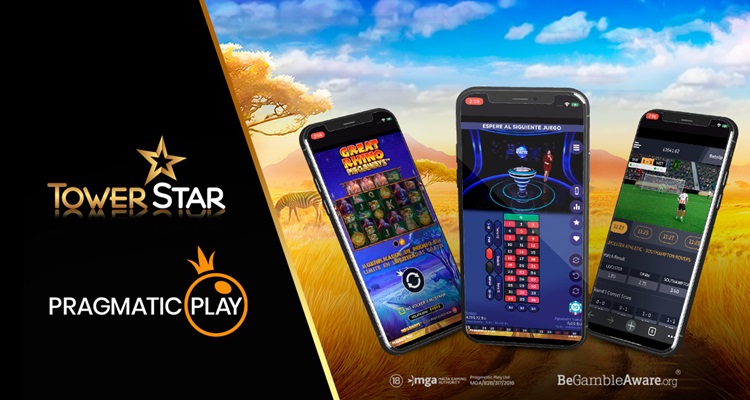 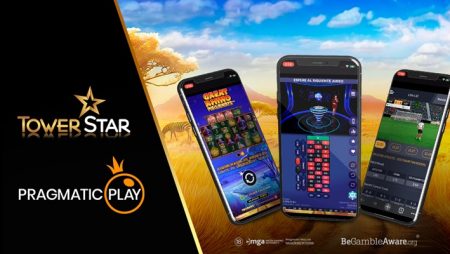 In a move that further bolsters its presence in Latin America, Pragmatic Play has reached a three-vertical deal with Paraguayan operator Tower Star that will see the online domain’s customers gain access to the provider’s slots and live casino portfolios alongside a lineup of virtual sports products.

Courtesy of the multi-product content deal, the Latin American brand’s customers will now be able to enjoy slots products such as the wildly popular John Hunter series, including the recently released Egyptian-themed Book of Fallen, and Gates of Olympus, which won Pragmatic the hotly-contested Game of the Year award at the EGR Operator Awards at Grosvenor House in London on November 25, 2021.

The provider will also supply the operator’s customers with an array of virtual sports products, including football and horse racing, as well as its live casino portfolio, which in addition to casino classics such as blackjack and roulette, features innovations such as  Sweet Bonanza CandyLand, which transforms its 2019 hit slot Sweet Bonanza into a mega wheel-style game with two exciting bonus games.

“Pragmatic Play’s reputation speaks for itself as an award-winning supplier of premium products, and we’re delighted to be taking three verticals from them.

“We’re always looking to add leading content to our offering and look forward to a strong working relationship together.”

The agreement further expands the Gibraltar-based multi-product content provider’s presence in the rapidly growing LatAm market after recently agreeing a content deal with up-and-coming online casino brand Locosbet and with BPlay and Jugadon.bet.ar in Buenos Aires prior to that.

Both of the collaborations were made possible after in June 2021 Pragmatic Play secured authorization from local regulator Lotería de la ciudad de Buenos Aires (LOTBA) to launch its products in the City of Buenos Aires.

Also commenting on the new partnership deal, Victor Arias, Vice President of Latin American Operations at Pragmatic Play, said via company news that their multi-product portfolio “gives operator partners the chance to roll out proven content to players with a wide range of tastes” and they are “delighted” to sign the multi-product deal with Tower Star.

“We’ve expanded across the entire region rapidly and this marks another exciting step forward for us in Paraguay.”

The collaboration follows Pragmatic Play’s announcement that it has extended its LatAm team, which is led by Victor Arias, having made Javier Samel the new Argentina Country Director.

Samel, who previously held roles as Head of Business Development LatAm at SportingTech and Operation Manager of Online Gaming Unit at Grupo Boldt, has more than 12 years of experience across the gabling arena in the region. The appointment expands on Pragmatic’s “localisation strategy,” which has seen the provider rapidly grow its presence across the continent.