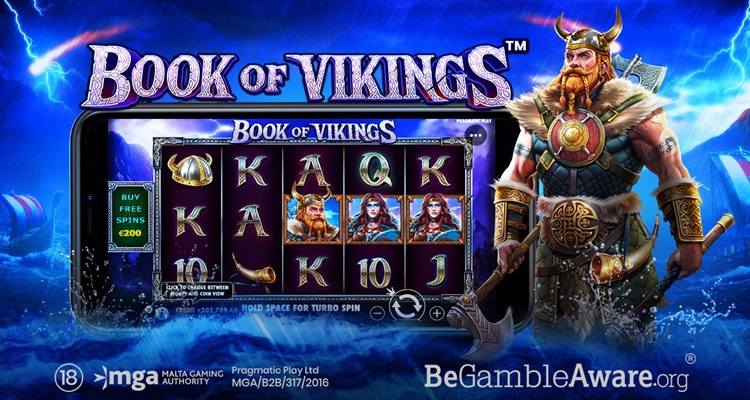 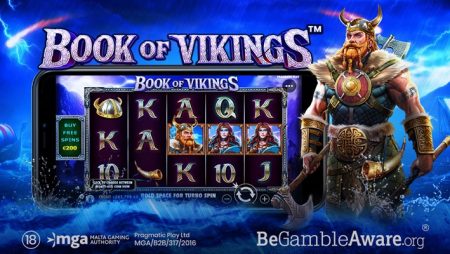 Hot on the heels of its latest live casino deal and Gibraltar-based online casino software provider Pragmatic Play has launched its new hit title, Book of Vikings, a Norse mythology-inspired slot with possible wins of up to 5,000x the bet.

The provider’s Scandanavian adventure, which revisits the popular “Book of”genre of slots, plays out on a classic 5-reel, 10-payline grid where comic-book-style graphics and an immersive soundtrack set the mood. Here, players are invited to board a Vikings’ longship and travel treacherous seas under an angry sky in search of the legendary book of wins with the help of expanding symbol extra spins.

Playable on all devices, the highly volatile video slot offers a 96.5 percent RTP and has no shortage of symbols of Norse mythology. Wins are earned by landing two or three of a kind, with a trio needed for 10-A card icons and only two required when lining up the high pays, which include a Gjallarhorn, a Viking helmet, a shield-maiden or Val and the Scandinavian King. Landing five-of-a-kind premiums pay from 75x – 500x the bet and gets a significant boost during extra spins!

During the mystery extra spins feature, landing a special expanding symbol increases the chances of big wins while the Magic Book scatter symbol only needs to land on the reels three times in a payline to activate the extra spins feature.