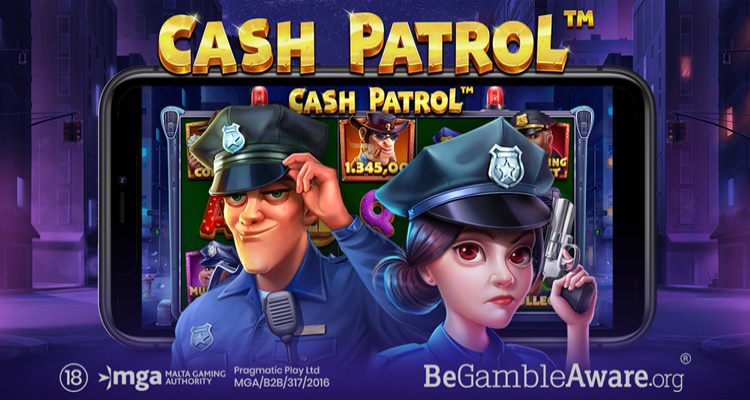 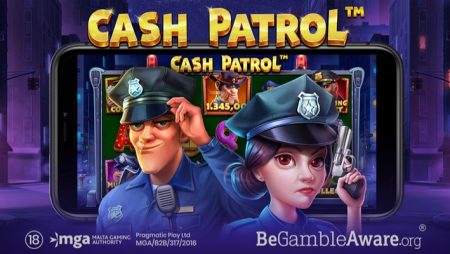 With three clicks of their heels, Pragmatic Play has taken us from Ancient Egypt in Queen of Gods to the big city in its latest release, Cash Patrol. This crime-fighting adventure sees coppers trying to get in front of the crooks who they chase across a 5×3 game grid set amid a windy, night-time street scene.

At the same time as the new launch, the provider expands its reach in the LatAm market after signing a new multi-vertical deal with operator SGA, for its slots, live casino and virtual sports products.

Playable on most devices, the medium volatility video slot has a 96.5 percent RTP and 25 paylines, which players hit wins across by landing at least three matching symbols on adjacent reels starting from the far left. Players help the boys and girls in blue try to nab the bad guys for some big wins in this game that is loaded with features such as money collects, expanding wilds and extra collects, all of which help players achieve the game’s max win of 10,500x the bet.

The game’s theme-based symbols include J, Q, K and A royals fashioned as doughnuts as the low pays, which are worth 4x the bet for five-of-a-kind, and a set of handcuffs, a police hat, a stack of cash and a long-hooded vintage car as high pays and worth 5-32x the stake for the same. A gold Wild badge appears on all but reel 1, and substitutes for all regular pay symbols. And a siren Scatter lands on reels 2, 3, and 4 and triggers the bonus round when 3 hit, awarding 8 free spins.

More about:  Boyd Gaming closes several casinos in US amidst Coronavirus outbreak: All Illinois Casinos shutdown

During gameplay, bad guy Money symbols land on reels 1, 2, 3, and 4 and display a random cash value on each spin, while five police character Collect symbols appear on reel 5. When at least one Money symbol and any of the five Collect symbols hit simultaneously on reel 5, one of the following features is awarded:

Commenting on the new release, Yossi Barzely, Chief Business Development Officer for Pragmatic Play said via company news that they are “very pleased” to release Cash Patrol to their operator partners.

“Its detailed visuals, fun theme, huge win potential and additional modifiers through our vaunted Money Collect mechanic mean that every successful arrest can lead to even more excitement for players.”

The new launch joins Pragmatic Play’s rapidly growing slots library, as the provider continues to enhance its offering with content that is engaging and diverse.

And also coincides with its new SGA partnership that sees its popular live casino, slots and virtual sports verticals go live with the Latin American operator.

Courtesy of the agreement, slot titles such as the recently released Zombie Carnival, Wild West Gold Megaways, and fan-favorite Fruit Party will go live on the online site. Furthermore, the operator will also gain access to the provider’s live casino suite, including games such as Blackjack, Baccarat and the gameshow-inspired Mega Wheel, as well as its virtual sports offering, which includes Horse Racing, Greyhound Racing and Fantastic league.

Commenting on the new partnership, Jonas Matos for SGA said the agreement with “such a reputable and world-renowned provider” like Pragmatic Play “solidifies” their position.

Matos adds that thanks to the latest partnership, they now offer “a wide selection of engaging and highly popular titles from Slots, to Live Casino and Virtual Sports. ”

Also commenting on the collaboration, Victor Arias, Vice President of Latin American Operations for Pragmatic Play, said they are “delighted” to be partnering with “another leading brand” within the Latin American market.

“SGA’s strong market position will allow even more players than ever to gain access to three of our innovative and leading verticals and, in turn, increase our brand awareness across Latin America.”