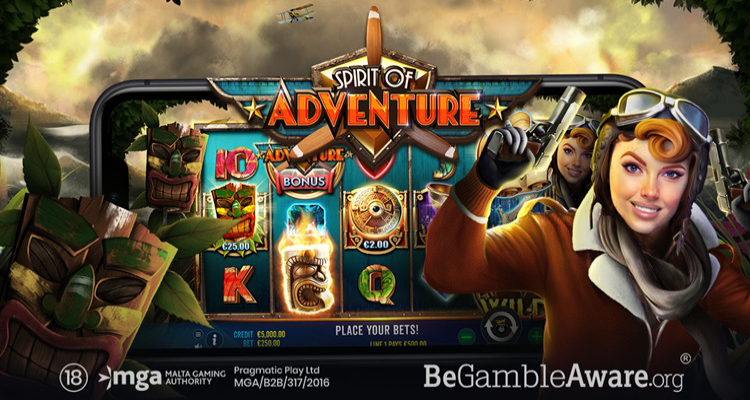 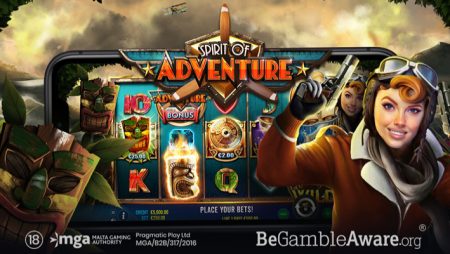 Get ready to embark on an archaeological expedition via British game developer Reel Kingdom‘s latest contribution to Pragmatic Play‘s expansive slots portfolio, Spirit of Adventure, which challenges players to navigate a 5-reel, 3-row grid for a chance to unlock the game’s 5,100x max win.

Set in a forest, the highly volatile video slot has 10 fixed paylines and a 96.6 percent RTP, with bets starting at 10 p/c and rising to £/€100 per round. Players will need to land at least three of a kind on adjacent reels starting from the far left reel in order to create a winning line. The exception here is the diamond, which pays on two or more symbols.

Landing five-of-a-kind diamonds award 200x the bet, which drops to 100x for the ruby heart, and 50x for the blue topaz and the emerald. Players who hit five of ANY RELIC, including a dagger, a gold chalice, a gold medallion with an eye in the form of a shield, and a totem, earn 20x the bet, and the 10, J, Q, K and A card values are worth up to 10x the bet for five-of-a-kind. The female aviator serves as the Wild, which only appears in free spins and replaces all symbols except for Relics and Bonus symbols.

During base gameplay, players who land three or more bonus symbols, which appear on all reels, trigger the free spins feature and are awarded 8, 10, or 12 guaranteed free spins for landing three, four, or five bonus symbols, respectively. What’s more, landing a single island bonus icon on reel 3 also triggers the round and awards 12 free spins.

During the bonus round, the wild symbol moves to a random position on each spin and substitutes for all other symbols and collects any relics it is adjacent to. It also collects any instant cash prize that is attached to them. There is a progressive meter situated above the reels that tracks the number of relics that are collected. When the meter is filled, a multiplier is added.

More about:  Atari Founder Makes His Entry into the Gambling Games Industry

Once free spins end, a totem appears on the reels, and the same as the wild, it moves to a new position with every spin. The round doesn’t end until the totem and the wild, land in the same position.

Prior to receiving their award, players can choose to either take whatever the prize is so far or risk their winning amount for a mystery cash prize that could be less or more than the existing win amount.

“The multiple ways to gain entry into the bonus round will create excitement throughout every spin and the ability for the last spin to continue indefinitely, with the addition of totem retriggers will keep players thrilled throughout.”

More about:  Former Head Coach of Oklahoma State and Kentucky Dies at Age 84

Spirit of Adventure’s release follows recent hits like Clover Gold, the Ancient Egypt-themed Eye of Cleopatra and Chicken Chase. All of these and many more are home among Pragmatic’s diverse slots library of more than 200 HTML5 titles.

Fans can expect Pragmatic Play to release a sixth new title before the end of the month, with North Guardians expected to launch on April 28th.