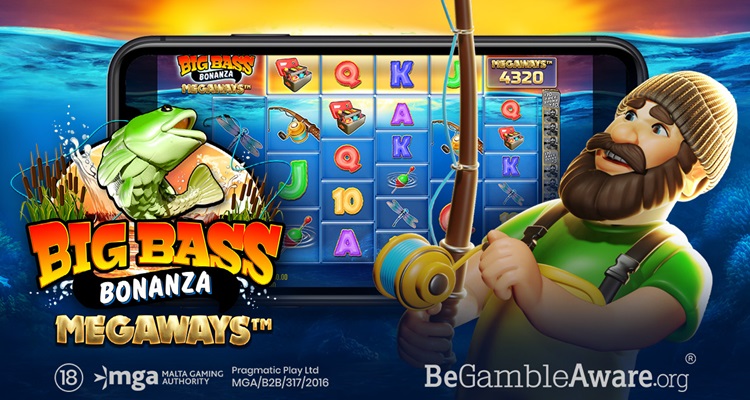 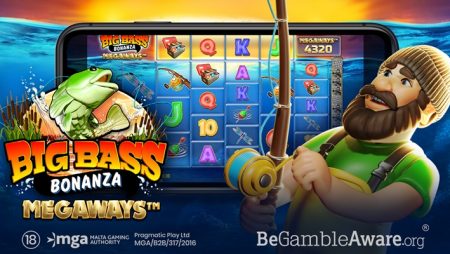 Pragmatic Play has released Big Bass Bonanza Megaways, the third title in the popular fishing-inspired series from partner Reel Kingdom, following Bigger Bass Bonanza and Big Bass Bonanza. The latest version combines features of the original, with a few new extras thrown in the mix, including a larger format and the Megaways mechanic under license from Australian games developer Big Time Gaming (BTG), to keep the experience fresh for players.

In this angler’s dream that can be played on any device, a 6×7 transparent game panel is set in the deep blue sea among coral reefs and fish swimming by. The high volatility underwater adventure has a 96.70 percent RTP and up to 46,656 ways to win.

Regular paying symbols stay the same here, with 10-A card icons used as the low-value symbols and tackle boxes, dragonflies, fishing rods, and a fishing bobber are the high pays. Symbols pay from left to right on adjacent reels, starting from the leftmost reel, while landing six premium symbol combinations pay 2 – 50 times the stake, with the bobber the most valuable. It is possible to win up to 4,000x the stake when including features in the mix.

Fish are also paying symbols and in the base game combinations of them pay up to 1.75x the bet. During extra spins, their prizes are collected by the fisherman symbol. The game’s wild symbol only appears in the 1×4 row at the top and substitutes for all regular pays, helping to deliver winning combinations!

Winning combinations are paid and then removed and replaced with new symbols that fall into the empty spaces via a Tumble mechanic. They [new symbols] form additional combinations until wins are exhausted.

The extra spins feature is triggered by landing 3, 4, or 5 scatter symbols, which gives you 10, 15, or 20 extra spins, respectively. In order to retrigger the feature, 4 fishermen will need to be collected as you play. Each time that happens, you get 10 extra spins along with an increasing multiplier (up to 10x for the third retrigger) for use on the fish symbols.

Only regular symbols are removed from the reels by the tumble mechanic while in this mode. The fish drop down to the bottom of the screen where they are collected with the aid of the fisherman should he decide to make an appearance. Each one will deliver a prize. The same fish can pay multiple times if several fishermen are on the reels.

While in the extra games mode, a few modifiers are also possible, but in order to get them, a fisherman has to appear without any fish on the reels at the time. When that scenario exists, there is a chance to get either a Bazooka or Dynamite modifier, with the former, all other symbols explode sans the fishermen symbols, and the latter, which adds fish symbols to the reels.

“We are delighted to be able to breathe new life into a series that has become a staple of our collection, and to launch yet another product in collaboration with the Reel Kingdom.”

Reel Kingdom’s latest hit follows Pragmatic Play’s own Wild West-inspired Bounty Gold and partner Wild Streak Gaming’s latest online slot, Big Juan, as well as the sixth installment in the wildly popular series, John Hunter and the Quest for Bermuda Riches. Each of which, can be found in the multi-product content provider’s games portfolio, which consist of more than 200 HTML2 titles.