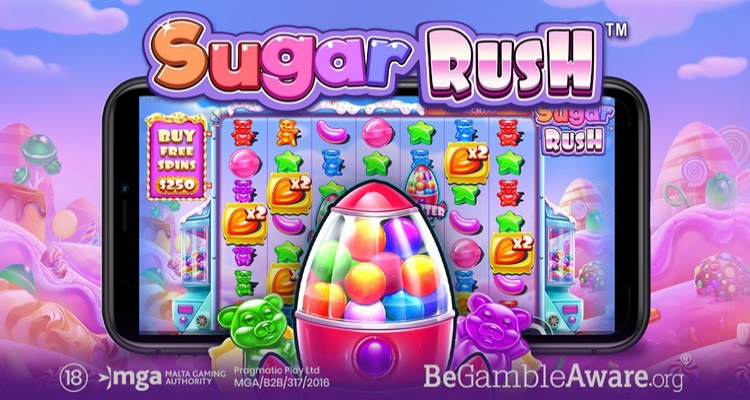 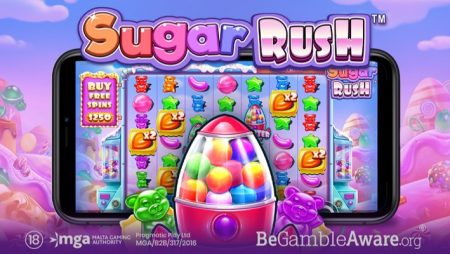 Players will need to land blocks of at least five-of-a-kind sugary-inspired symbols connected to each other in horizontal or vertical directions to form a winning cluster in this highly volatile, candy-themed game that is reminiscent of the leading online casino software developer’s hit 2019 release, Sweet Bonanza.

Landing wins trigger the tumble feature in this sweet spinner, with a cluster of five symbols worth 0.2 – 0.3x the bet when comprised of the three – orange, purple and red- gummy bears, or 0.4 – 1x the stake for the four higher value candy symbols. Cavity-threatening winning blocks of 15 or more matching symbols are worth 20 – 30x the bet for the lower pay bears while the remaining four candies pay 40 – 150x the stake. There is no wild symbol in the game.

Tumbles are a key feature of the game and the way the mechanic works is by removing the symbols that are part of a winning cluster after it hits and then filling the empty positions with symbols that drop down from above. That process continues until no new winning combinations appear.

Multipliers are applied to all wins that land on top of them; if more than one multiplier is part of the win, the values are totaled before being used. During base gameplay, multipliers are removed from the grid between each paid spin.

Players can unlock the Free Spins bonus round by landing 3, 4, 5, 6, or 7 scatter symbols anywhere on the screen during the same tumble sequence in the base game. Doing so awards 10, 12, 15, 20, or 30 free spins, respectively. While in the free spins round, the highlighted position and their multipliers stay in place on the reels until the bonus round ends, which means that it’s possible for their values to keep increasing.

And, depending on the jurisdiction, players can gain instant access to the bonus round if they don’t want to wait to access free spins naturally, by buying them for 100x the bet.

Commenting on the latest release, Yossi Barzely, Chief Business Development Officer for Pragmatic Play, expressed that they are “so excited to deliver a sweet treat to our audiences just in time for summer, arriving in the form of a delectable new slot.”

Barzely explained that the tumble mechanic utilized in the game “combines neatly” with the Multiplier Slots feature, “delivering explosive outcomes and the potential for lucrative wins. “

The new launch follows other recently released hit slots such as the latest title in the Big Bass series powered for Cardiff-based game studio Reel Kingdom, Big Bass Splash, along with back-to-back Ancient Egypt-inspired slots Queen of Gods and Fortune of Giza, each of which can be found in Pragmatic Play’s diverse portfolio of 200-plus titles.

In other company news, the provider has taken home the Best Game Producer award at the Brazilian iGaming Summit that was hosted at Boulevard JK in São Paulo, Brazil on June 28th and 29th. Pragmatic was also a diamond sponsor and an exhibitor at the two-day event.

It marks the latest Latin American accolades for the provider, after receiving Best Content Provider LatAm and Best Gaming Executive LatAm of the Year, which went to the company’s Vice President of Latin American Operations Victor Arias, at the Chilean Gaming Summit (CGS) LatAm 2022 held on May 24 and 25, in Santiago de Chile.

Arias had this to say regarding the recognition(s)…

“It is an honour to be named Best Game Producer at the Brazilian iGaming Summit. It is testament to the hard work of our entire team, and we’re extremely humbled and proud to win this.

“The BiS has been one of the highlights of the year so far, with it being an extremely exciting show and we’re delighted to cap off a fantastic few days with an award win.”