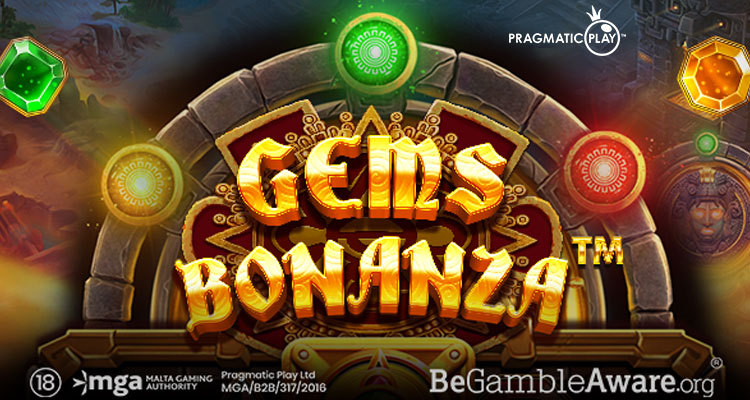 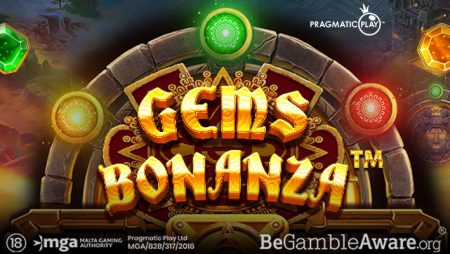 Pragmatic Play is closing out the month of October with a bang and some bling, adding the exciting new tumbling hit, Gems Bonanza, to its slots portfolio.

The Aztec-themed grid slot takes place on an 8×8 playing area, where a whopping 64 new symbols drop on each new spin. Players who enjoy high volatility action will be right at home here, while the return to player (RTP) is a respectable 96.51 percent.

As the grid fills with symbols, which when clustered in a group of five or more identical symbols, pays out as the Tumble feature is triggered and new symbols drop. Seven differently colored gemstones offer payouts of 50 to 1,000 times the bet when landing in blocks of 25 or more. The wild helps pull blocks together and does not land on tumbles or spins, but rather joins the board during the Lucky Wilds or Wild Gem feature to take the place of any pay symbol.

Winning symbols are cleared from the board via the tumble feature, allowing new ones to drop, while another win sees the process repeat until no new winning clusters appear and the next spin proceeds.

Another cool feature takes place during the base game, when vibrant colored orbs appear in random positions behind the symbols on the board. If a player gets a win on top of one of the lighted spots, one of five modifiers is triggered, depending on the color. When the current tumble sequence is over, they are all activated.

A pink mark transforms a symbol into a Wild, while squares are awarded via a brown mark, which changes random blocks of 2×2 into an identical symbol, awarding players instant wins. Red marks change a section of the map into a colossal symbol of 3×3, 4×4, or 5×5 block, while green orbs trigger lucky wilds, adding as many as 15 wild symbols throughout the board. A blue glowing orb triggers the Nuclear feature, where all symbols are removed from the screen so that a new batch can drop down for another chance to win.

More about:  The UK Gambling Commission’s Proposed “Experts by Experience” Panel Is Met With Criticis

The Gold Fever feature charges as additional wins stack up on the same round and all spin modifiers can be activated. When charged fully, players are awarded a 10 times multiplier.

“Gems Bonanza is a thrilling and unique addition to our slots portfolio, packed with features to keep any player engaged.

“With tumbling wins, every spin can lead to more wins, and with the nature of the Gold Fever feature, these wins can quickly increase in value exponentially. We’re delighted with Gems Bonanza and can’t wait to see how it is received by players.”

The launch follows Pragmatic’s content supply deal with Colombian operator Luckia, whose significant online and retail customer base will now have access to the provider’s entire slots portfolio. The operator will also be able to take advantage of Pragmatic’s local gaming expertise via its newly established LatAm hub.

“Pragmatic’s games portfolio is packed with titles that are known worldwide for their high quality and exciting gameplay. Enhancing our product offering is vital to us and we are confident this partnership will enable us to attract in Colombia an even wider Casino audience.”