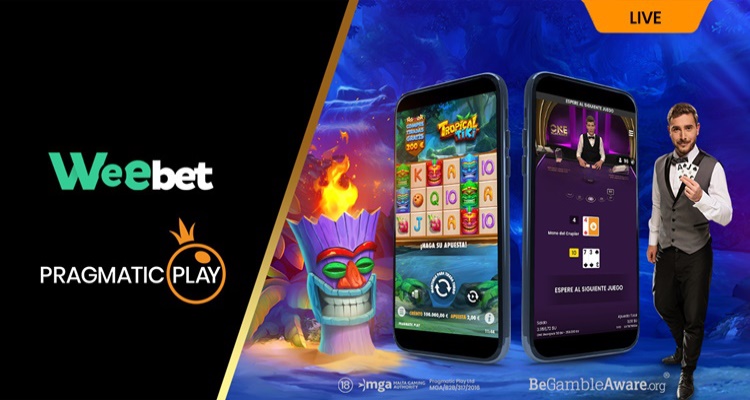 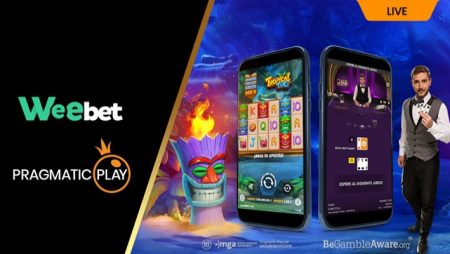 The new alliance gives the operator‘s customers in Brazil access to the supplier’s more than 250 HTML5 slots titles, including the newly released Gorilla Mayhem, along with player favorites Big Bass Splash, the fifth installment in the Big Bass series powered for Cardiff-based game studio Reel Kingdom, and the Greek Mythology-themed, Gates of Olympus, which has won the provider multiple Game of the Year awards.

Also included in the deal, Pragmatic Play’s entire Live Casino vertical has gone live with the Latin American operator, including its classic Blackjack and Roulette products, as well as  Sweet Bonanza Candyland, the gameshow-inspired live dealer version of the wildly successful Sweet Bonanza candy-themed slot, and Mega Wheel, the game is inspired by the popular Money Wheel and Big 6 concepts from land-based casinos.

Declaring they are “very happy to partner with them,” Lenildo Nogueira, Chief Executive Officer for Weebet, said…

“Pragmatic Play has an incredibly well-deserved reputation as one of the foremost providers in our industry, and we’re very happy to partner with them.”

The CEO explained that for them, being able to take multiple verticals live with “a single push of the button” is “extremely positive,” and they are “looking forward to working closely together.”

“We continue to grow our footprint across Latin America, and Brazil is an incredibly exciting market.

“Taking two products live with Weebet is another positive step for us in the region, as we look to further consolidate our position as the leading supplier in LatAm.”

Las month, the multi-product content provider also advanced the status of its position in Argentina‘s capital after getting the nod from the City of Buenos Aires gambling regulator Loteria de la Ciudad (LOTBA) for its Live Casino content.

In addition to making significant gains in its goal of becoming the region’s leading iGaming supplier via the multitude of new partnerships it has forged, Pragmatic Play has also racked up its share of accolades.