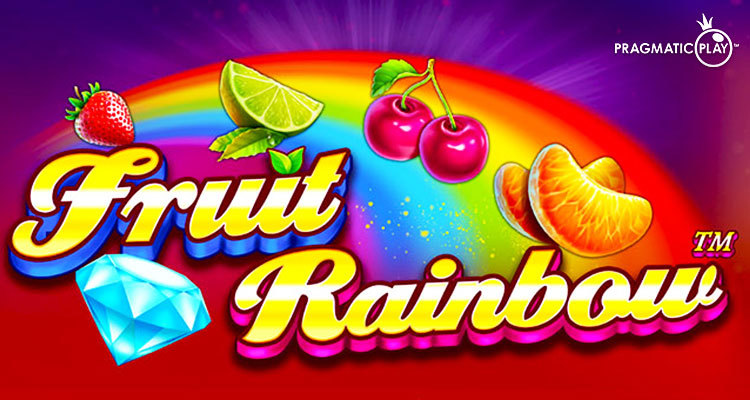 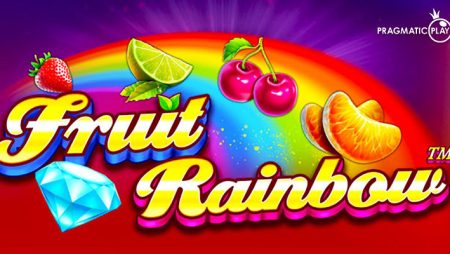 Pragmatic Play has released its first new title for the month of April with Fruit Rainbow, a colorful nod to the classic fruit machine with a twist.

Game symbols include gem-toned card suits, clubs, diamonds, hearts and spades, while the higher pays are bananas, limes, oranges, cherries and strawberries. Landing five strawberries on the reels is worth 50x the stake but of even greater value is the diamond scatter, which appears on all reels and three or more in view award instant cash prizes.

Landing five of the diamond scatter symbols on the reels during a single spin, earns a payout of 500x the stake. A rainbow serves as the game’s Wild and an entire grid full of the stacked rainbow Wilds awards 200x the bet stake.

‘Our portfolio offers a unique and diverse collection of games and Fruit Rainbow gives players a classic fruit machine experience with a thrilling twist.

“Its colourful gameplay and potential for extremely high wins thanks to the stacked rainbow Wilds will give Pragmatic Play fans another exciting product in our slot catalogue.”

The new release is hot on the heels of two major deals for the market-leading provider, both of which are in keeping with the company’s strategy to reach a wider audience.

The provider’s complete suite of online slot games grows by four new titles monthly and are, in addition to its Live Casino and Bingo products, available through a single API integration.

Fans should be sure to keep an eye out as Pragmatic is set to release its second new April video slot, Bronco Spirit, on the 16th. The high-volatility, Native American-themed title is sure to excite!

NSoft and Sportradar to join forces: Global promotion of Vision System
5 hours ago

The live edition of MARE BALTICUM Gaming Summit is going ahead as planned, 6 August – Tallinn, Estonia
5 hours ago
Recent Comments
Categories
Recent Posts
18+
Gambling News from NewsCasinoNew.com is made for the most passionate fans of online casinos and internet gambling. We cover everything: from popular gambling world events and trends to new casino slot game releases and reviews, you will find the latest news stories.