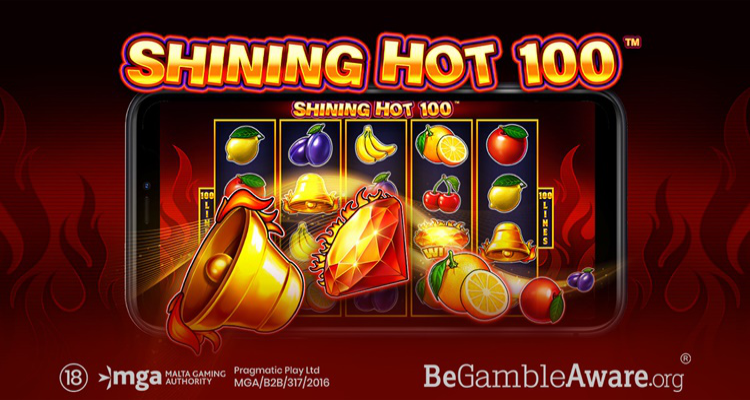 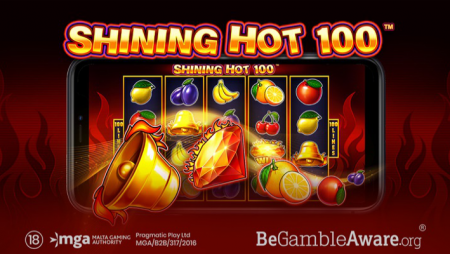 Pragmatic Play is delivering big today with the release of its new Shining Hot series, having launched all four variations of the retro-inspired online slot collection – Shining Hot 5, Shining Hot 20, Shining Hot 40, and Shining Hot 100. And as you may have guessed,  the number in each of the titles identifies the number of paylines in the respective game.

Players who gravitate toward classic slots should appreciate this retro-inspired collection that will put them in mind of land-based one-arm bandit fruit machines where old-school symbols like bells and the occasional flaming diamond fill the reels.

Differences in the four games can also be found in the value of the symbols, which, by the way, are the same in all four classic versions – bananas, lemons, cherries, plums, oranges and apples. With the 100-payline game, landing a five-of-a-kind winning line is worth 1.1x-12x, while the 40-line iteration the same is worth 2.75x-30x the stake, and 5.5x-60x for the 20 payline, followed by the 5-payline game’s 22x-240x the bet.

The formula for wins is the same for all four versions as well, with three or more matching symbols on adjacent reels starting from the leftmost reel needed to create a winning line. Each game also has a flaming Wild Diamond symbol, which can appear on all reels and substitute for any symbol with the exception of the bell scatter. Landing five wild symbols pays 25x, 62.5x, 125x, or 500x the bet for payline versions 100, 40, 20 and 5, respectively.

Meanwhile, if you’re expecting to find multiple features in any of the four versions, you may be disappointed as the developer has gone the minimalist route, adding only one little extra via the scatter symbol. Appearing on any reel – in all four versions – players who land 3, 4, or 5 Bell Scatters anywhere on the reels in the same spin will trigger a payout worth 5, 15, or 500 times the current bet, respectively.

SPORT1 and MAGIC SPORTS MEDIA enter into cooperation with Better Collective to launch new sports betting section on SPORT1.de
39 mins ago
Recent Comments
Categories
Recent Posts
18+
Gambling News from NewsCasinoNew.com is made for the most passionate fans of online casinos and internet gambling. We cover everything: from popular gambling world events and trends to new casino slot game releases and reviews, you will find the latest news stories.