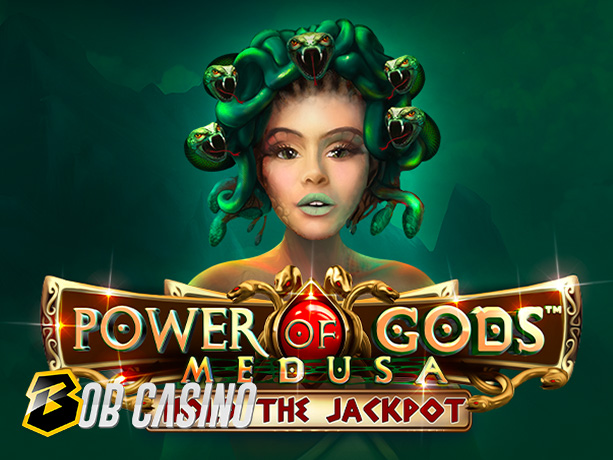 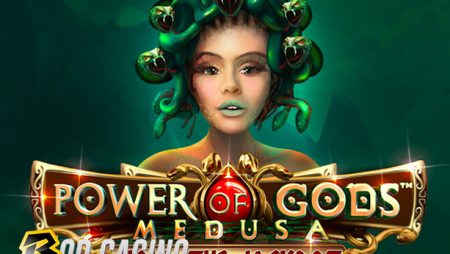 If you love the Power of God series, you don’t want to miss this new release by Wazdan. Power of Gods: Medusa plays out on 5 reels and 3 rows with 10 winways. It’s the fourth slot in the series, and it features a higher volatility rating, win potential, and an adjustable variance. The ancient Greek mythology theme has been maintained with incredible graphics and design. The game has been designed with the unique hold the jackpot mechanics, which awards respins and allows you to collect symbols for more chances of walking away with the max prize of 2500x the total stake. Get ready to connect with mythical legends on this ancient adventure, but before that, here is a full review of the game.

Power of Gods: Medusa has the following game statistics:

Power of Gods: Medusa is set on a standard grid with 5 reels and 3 horizontal rows. It comes with 10 paylines on which layers can create winning combinations. Given the current market standards, the number is too low, but the developer makes up for it by adding many bonus key features.

The return to player rate is slightly above the market average at 96.18%, which is impressive, and the volatility is adjustable to suit players’ needs. Players will appreciate the possibility to choose their volatility, something common in all Wazdan slots. The win potential per single spin stands at 2,500x the stake, but a player can walk away with up to 2,000x thanks to the Hold the Jackpot feature alone.

Playable on any device of choice, achieve wins by matching 3 or more similar symbols on any paylines starting from the left reel. The game comes with a variety of symbols ranging from low-value to premium. We find royals 10-A, the least paying symbols with Greek decoration to match the overall theme. There are 3 premium symbols, including Poseidon, Achilles, and Athena, which carry a reward of 0.5x to 40x for 3-5 such symbols. Medusa acts as the game’s wild while the pearl-like symbol is the scatter.

The slot is inspired by ancient Greece deities and mythical creatures, which is a common theme. In the slot’s background, you will catch a glimpse of gloomy mountain sides disappearing into the thick fog. The design is well done, and the soundtrack is designed to create a tense atmosphere as with the overall.

Power of Gods: Medusa is a feature-rich slot. Some of the key features include:

Hitting at least 3 scatters activates the bonus round where a player receives 9 free spins for a chance to activate the game’s main feature.

The feature is the star of the game, activated by hitting at least 6 bonus symbols that reward 3 respins. They then become sticky but only up to 9 respins. Any additional symbols landing become sticky and reset the resins counter.

At the end of the feature, you will be paid up to 15x, per each bonus symbol collected. There’s a possibility of walking away with any of the following jackpot prizes if all 15 symbols are collected;

Power of Gods: Medusa: Our Verdict

The slot will be a hit among fans of the series and even those new to the title, thanks to the impressive graphics and bonus features. The win potential is also very decent, and the free spins and respins ensure no player walks away empty-handed.