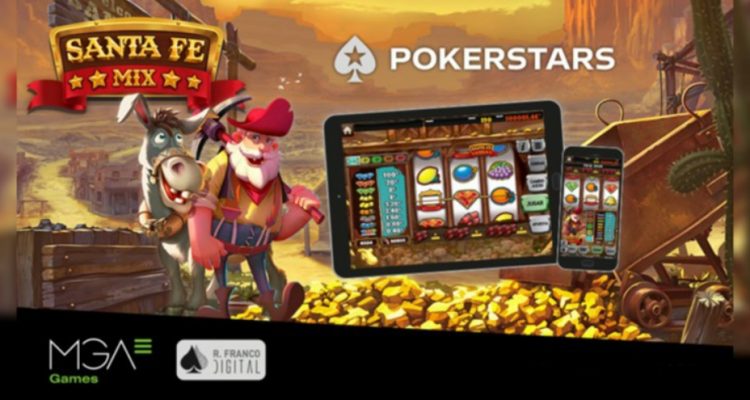 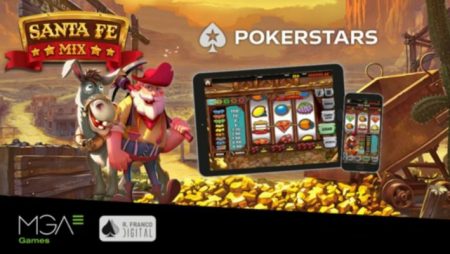 Slot game creator MGA Games and PokerStars have teamed up for an exclusive launch in Spain. The online poker giant will feature the online slot game Santa Fe Mix within its casino offering, providing players with access to the digital version of the successful land-based title. The digital option was created by MGA Games and Recreativos Franco Digital.

Santa Fe Mix is now live online, having launched at PokerStars.es on March 7. The three-reel slot game has a mining theme, taking players into a world filled with gold and gems. Players can spin the reels and watch out for fruit icons as well as gems in the hopes of earning a payout.

The online slot features a traditional setup, so players need three-of-a-kind combinations to earn a win. The developer also added in four mini-games to give players additional action on the reels. The new title can be accessed via mobile or desktop device.

Management of MGA Games commented on the new title by stating:

“Operators can benefit from the exclusive premiere of our games, offering their customers a unique and differentiated product that brings them excellent results. After the great reception and performance of the other originally land-based game, ‘La Mina de Oro’, we do not doubt that this game will be a real success.”

The new slot is the first game release of the partnership between MGA Games and Recreativos Franco Digital. The two plan to create online versions of several land-based titles including Burlesque and RF Angels.

Along with launching the new game in Spain, PokerStars is also live in Greece. In February, the brand’s parent company, Flutter Entertainment, announced that PokerStars would offer poker, sports betting, and casino games in the country.

The launch was a decade in the making as PokerStars worked for many years to try and open services in Greece. A full online gaming license was approved by the Hellenic Gaming Commission after regulations changed to allow companies to get started in the nation.

PokerStars.gr offers a full selection of gaming options in the three sectors including poker tournaments, casino games, and unique promotions. Players can access the gaming options via tablet, desktop, and mobile devices.

As PokerStars spreads its services to various countries, the brand has stopped operating in Russia amidst the country’s recent invasion of Ukraine. Services were ceased a few days ago in solidarity with the country. PokerStars joins several major companies that have pulled out of Russia due to the invasion.