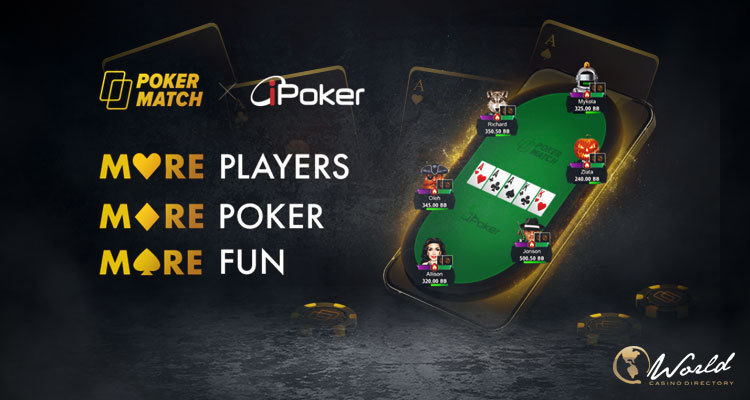 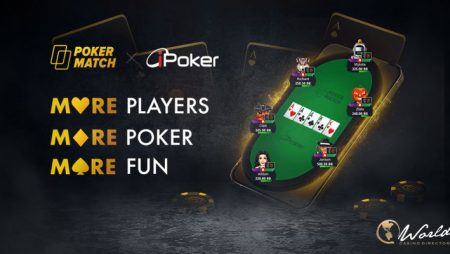 PokerMatch and Playtech have signed a partnership agreement that will enable Pokermatch to become part of iPoker, one of TOP-5 biggest poker platforms worldwide.

The largest poker room in Eastern Europe and the top-tier gaming industry technology provider, Playtech, has decided to establish a partnership which will include the operator in Playtech’s iPoker, a well-known global network of poker rooms.

The iPoker platform is one of the best-known in the world. It offers a fantastic liquidity pool that is supported by excellent prime software. Its services are programmed to act in accordance with regulatory requirements in different jurisdictions. The platform is rapidly expanding to a variety of global regulated markets.

Ruslan Bangert, CEO of PokerMatch International, said: “We at PokerMatch are very inspired and excited by this iconic moment. Partnership with such a gaming industry giant as Playtech is an event that will be remembered for a lifetime and will undoubtedly become one of the most important achievements for our company.”

He added that PokerMatch was only 6 years old, and the team was happy to have been able to build their processes in such a short time and in such a way that large international corporations seriously considered teaming up with them. The credit goes to the whole team!

He also wished success to their new alliance and thanked their colleagues at Playtech for easy, fast, and professional communication.

Playtech is also very excited about this partnership. “We are really excited to welcome PokerMatch to the iPoker network,” said Marat Koss, VP of Interactive Gaming at Playtech. “In just six short years, PokerMatch has significantly developed and expanded its business to become a major player in Eastern Europe – a potentially key growth region for the wider industry. We look forward to a long and successful partnership with PokerMatch as it continues to grow and break new records.”

PokerMatch keeps improving its gaming experience, making unique and exciting games. In its offer, the company includes increased guarantees in tournaments and series, thrilling promotions, which are also very profitable, and modern, flexible software that follows all of that.

The company’s huge audience allows players to compete with others at any time.

There are also special bonuses for players who decide to try the new platform. These bonuses are created in order to make playing on the iPoker even more fun and enjoyable.

The new partners announced that they would publish all the details regarding the transition process. These data will be posted on the PokerMatch website and the company’s social media profiles.