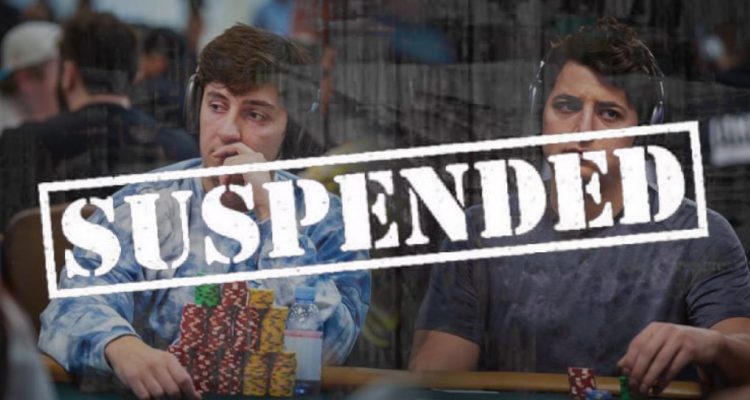 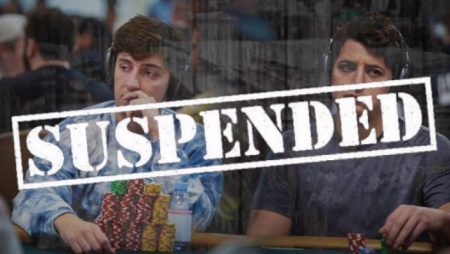 Amateur and professional poker players are expected to follow all the rules when taking part in online gaming or in-person events. Basically, don’t cheat. If you do, you will most likely get caught. Professional poker players Ali Imsirovic and Jake Schindler have been accused of cheating at the game, which had led PokerGO to suspend them from events until further notice.

The two have not been competing in the recent Poker Masters and are absent from the PokerGO Tour leaderboard. The players are not eligible to win and must now face the charges of cheating head on. PokerGO released a statement on the matter, saying the suspensions were indefinite and will extend through the 2022 season. A review will take place, and a decision made at that time.

“The PGT is committed to upholding the highest standards of integrity and emphasizes proper conduct to ensure the safety and security of its players and events.”

It’s sad to say that both players have been accused by several other professional poker players of cheating in live events and using tools online to have an advantage. Imsirovic and Schindler have not responded to the claims.

The accused are successful poker players and have earned over $53 million in live tournament cashouts combined. If the cheating allegations are found to be true, it would be a major hit to their poker gaming careers.

In April 2022, poker pro Alex Foxen accused Imsirovic of cheating. He says that Imsirovic uses real-time assistance online and is known to operate multiple accounts and collude with players that he finances for live events.

Foxen also says that Imsirovic looked at another player’s hole cards during a high roller event, one that had a $100,000 buy-in. On Twitter, Foxen said that Imsirovic is known as a cheater within a large portion of the high roller community but without much ‘ironclad proof’ they stay silent.

Other players have made similar accusations against Imsirovic including Justin Bonomo and Chance Kornuth. Amidst the allegations, Imsirovic attended the WSOP and compete in events. His presence caused quite a stir during the series.

It will be interesting to see if either poker player will come forward now that PokerGO has stepped in and decided to remove them from participation. The move is a big one and is most likely being celebrated by fellow poker pros who want to ensure the integrity of the game.

Recent News
Unikrn Brings Video Games and Esports Betting Back
45 mins ago
Festive Frolics Arrive in Gordon Ramsay’s Chef Blast
45 mins ago
Authentic Artists Accepted into The Sandbox’s Game Maker Fund to Build Generative AI Music-driven WarpSound Experience
45 mins ago
Gods collide as Yggdrasil and Hot Rise Games collaborate for release Gods VS GigaBlox™
45 mins ago
Recent Comments
Categories
Recent Posts
18+
Gambling News from NewsCasinoNew.com is made for the most passionate fans of online casinos and internet gambling. We cover everything: from popular gambling world events and trends to new casino slot game releases and reviews, you will find the latest news stories.