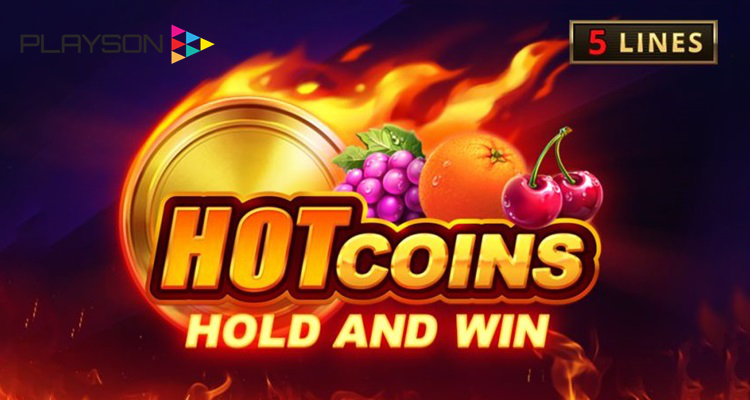 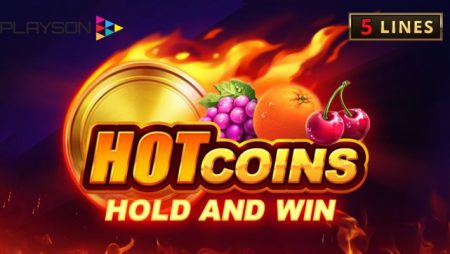 Fans of classic themed slots are sure to enjoy the 3-reel, 3-row slot with 5 fixed paylines that is reminiscent of old-school machines in land-based casinos and comes loaded with Wilds, Bonus Symbols, Hold and Spin, Lock it Link, respins, and Bonus Game while offering a max win of 1387 times the stake.

Set against a rather nondescript purple backdrop, the gold-framed reels in this medium to high volatility game are filled with juicy fruit symbols, including cherries, plums, lemons, and oranges, along with bars, bells and lucky Red 7s, which serve as the Wilds, and Golden Coins as Bonus symbols.

Cherries have the least value, paying 1x the stake for a combination of three, followed by plums, lemons, and oranges which are worth 4x the stake. You’ll want to see lots of bells as they are the most valuable of the regular symbols, paying out 30x the total stake, while the Red 7s, which in addition to being wild, are the most valuable at 50x the stake also substitutes for all regular symbols with the exception of bonus ones.

The Golden Coins trigger the Bonus Game when groups of at least three land anywhere on the reels. When the feature starts, players are awarded three re-spins, which reset whenever one or more of the Golden Coins reappear.

Filling an entire row from side to side sees those symbols destroyed. Their value is then combined with the total bonus win, which makes room for cells to be replaced with more bonuses if you’re lucky.

Boosting gameplay even more, the golden coins can also reveal one of a trio of in-game jackpots, including Mini, Major and Grand, which bring wins of x25, x150, and x1000, respectively.

“Hot Coins: Hold and Win is the latest in a long line of enthralling gaming titles launched by the talented team here at Playson, and we look forward to seeing what players think of it,” said Vsevolod Lapin, Head of Product for Playson.

“Featuring eye-popping jackpots and an intriguing twist on the Hold and Win round, it’s a high-octane affair designed to boost engagement and retention for operators.”

Hot Coins: Hold and Win has a 95.61 percent return to player (RTP) and is available to play now!

The new game launch follows the Malta-based software developer’s successful June CashDays competition, which ran from the 1st – 8th, with a whopping €60,000 split between the 350 top scores and the front runner bagging a phenomenal €10,000 after putting up an impressive points total of 15 981 477!