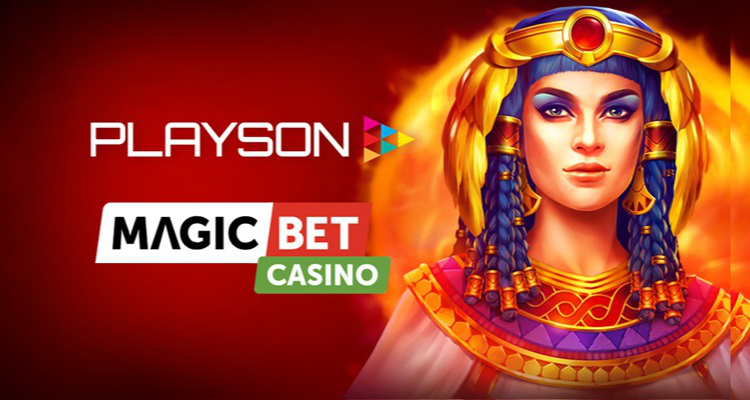 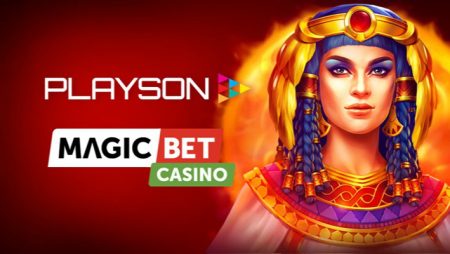 In advance of the planned debut of its new online casino platform, Bulgaria’s leading land-based casino operator Magic Bet has agreed an integration deal with slots specialist Playson, while the latter has also launched its Weekly Madness 60k event!

Under the terms of the agreement, the Malta-based software developer will provide its diverse range of slots including player favorite titles such as 5 Fortunator, Royal Coins: Hold & Win and Solar Queen Megaways, the reimagined version of one of its most successful slots of all time, to Magic Bet’s coming online offering.

According to a Playson news release, the Bulgarian company has already secured an online gaming license for the local market, and plans to debut its new online operation, which it is currently in the process of developeing, in 2022.

“With our online platform set to launch next year, having a leading name like Playson already on board is superb news for us and our partners.

More about:  Singapore and Malaysia annual aggregated casino revenues to recover in 2022

“We are excited to have the provider’s quality content integrated on our platform and hope this deal is the start of a long and prosperous professional relationship.”

Through the new partnership, which sees it add yet another operator partner to its growing roster, Playson’s strength as a casino games developer is highlighted, while also demonstrating its solid foothold in European iGaming markets.

“Delighted” with the deal with Magic Bet, Blanka Homor, Sales Director for Playson said the operator is a “great addition” to their list of operator partners and another example of thier “impressive growth” across Europe.

“Playson is excited to be in the mix as Magic Bet readies its online launch. We have no doubt that our casino games will please its players and enhance the company’s online offering.”

Announced at the same time as the content integration deal, the slots specialist has detailed its November Weekly Madness 60k event.

The nine-day promotion, which gives players the chance for a big win over three weeks and three phases:

Each of the three phases will include a tournament, with players competing against each other to earn a spot on the leaderboard, along with a Cash Blast promotion, which is powered by Playson’s new tool that distributes random cash prizes.

A prize pool worth €60,000 is the main feature of the Weekly Madness promotion. That massive sum is to be divided into three prize tables of €20,000 for every event. Each of those will then be subdivided into seperate prize tables:

What’s more, during the nine-day event, Cash Blast and the Network Tournament are to run simultaneously, which means that players could possibly win in both, and at the same time!

In order to qualify for the exciting competition, individuals are required to place a bet of €0.50 or the monetary equivalent.

Some of the participating 15 Playson slots are Book of Gold: Multichance, 9 Happy Pharaohs, Buffalo Power: Hold and Win, 5 Fortunator, Legend of Cleopatra Megaways, Solar Queen Megaways and Spirit of Egypt: Hold and Win.

For the tournament portion, points will be tabulated on a per-round basis, with each €1 that is won being equal to 10 points, e.g., €10 won represents 100 points. Regarding Cash Blast, any spin on any of the 15 participating games can activate a random prize.