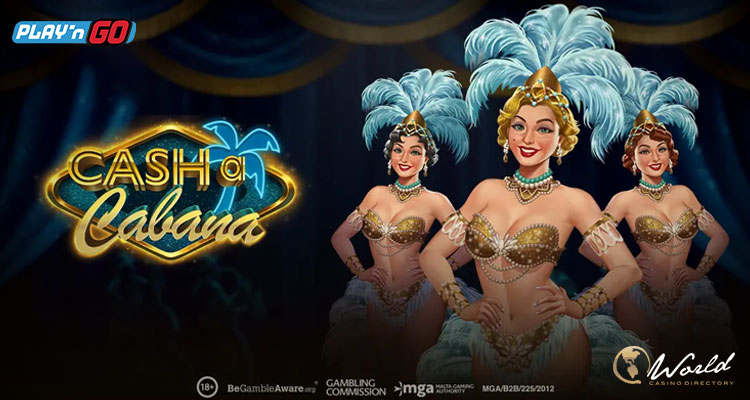 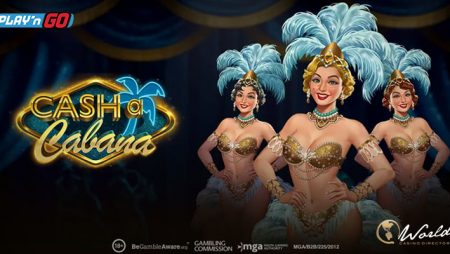 However, the name of the slot was developed by Play’n GO by mixing the title of one of the most famous songs and one of the famous nightclubs in New York, Copacabana, with the most popular aspect in video slots – cash!

True to its title, the main theme of the game is a nightclub, where the dancers wear little more than feathers.

To win, players must form matching combinations of at least three matching symbols, starting from the side furthest to the left and appearing on adjacent reels, on a new, dynamic 5×3 grid that offers 20 fixed paylines.

A combination of five-of-a-kind low-value 10-A- symbols is worth 1-5x a player’s bet, increasing to a 10-100x for five-of-a-kind high-value symbols such as liquor glasses, cocktails, patrons and horns.

The game’s volatility is in the high range, with a theoretical RTP of 96.2%, which can reportedly be found on lower settings.

The player’s paid spins can be gambled on for 5 p/c to 100 $/eur and the game can be played on any device.

The main task of Wilds when they appear is to expand to become the entire reel Copa Girl Wild. Also, they can replace all basic payment symbols. Throughout the base game, Copa Girl Wilds will certainly create a win and also trigger a x2 multiplier that can be applied to each win on the spin. However, in the base game only 1 Wild can land!

Free Spins – when 3 Cash-A-Cabana scatters, aka host symbols, appear on reels 1, 3 and 5, they trigger the Cabana Show, which rewards players with 10 free spins. Every time the host symbol appears throughout the feature, +2 free spins are rewarded and this can continue up to a maximum number of 30 free spins.

Furthermore, each Copa Girl wilds increases the win multiplier from the original number of x1 by +1 to a maximum number of x20. This multiplier is applied to every winning combination and increases for Copa Girls Wilds after awarding payouts.

Commenting on the launch, Charlotte Miliziano, Head of Games at Play’n GO, said: “With Cash-a-Cabana, we wanted to create more than a great game – we wanted to create a great experience and put players front-and-center for a classic night out with exciting characters and fun features.

“From the moment players take their first spin, they will be immersed in the glamour of the experience – great graphics, unique gameplay and an environment that aims for ultimate entertainment.”