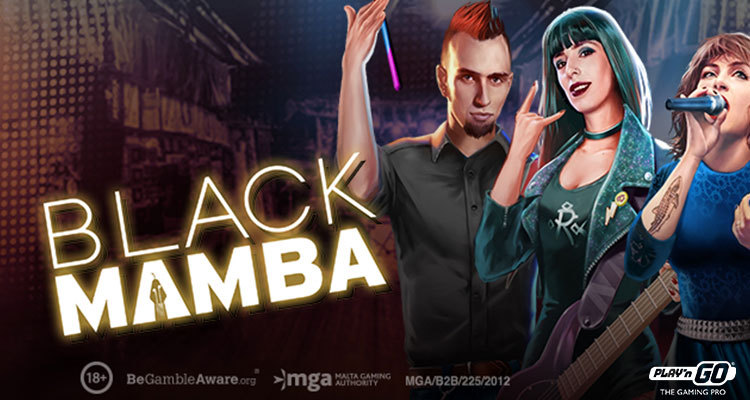 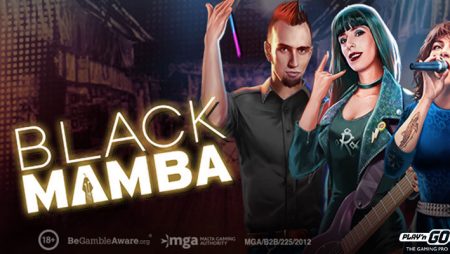 After seeing great success with musical slot titles like House of Doom and Sabaton, slot supplier, Play’n GO, has decided to team up with another band to create a unique game. This time around, the provider decided to go with a band from Italy with Martina Cori on vocals, Alexandra Maiolo on guitard, Cecilia Nappo on bass and drummer Federico Maragoni. Black Mamba personifies the band on the reels, titled after the band name.

The slot game includes original music by the band with the soundtrack featuring titles from the group’s latest album Black Mamba II. Tracks in the game include Natural Born Disatre and Watch Me When I Fail.

In celebration of the new release, an exclusive concert will be hosted by the developer featuring Black Mamba and Demon, an English rock band. The concert will take place the same time as the first night of SiGMA, on November 27th.

According to Play’n GO…

CEO, Johan Törnqvist, commented on the approach taken by the company when creating the new game:

“Creativity and innovation are at the heart of everything we do; we want to take this form of entertainment into new territories, and that means playing with new ideas and new concepts.

Working with the band to create the slot is an example of this; we ensure that we capture the personality and the essence of their music and fuse it with the Play’n GO spirit you get with every release. To do that successfully, that’s when you know you’ve created something special.”

A special feature of this game titled Solo changes up the player experience. Activated at random after a non-winning spin the base game, or every non-winning spin in Extra Spins, a member of the band will make something happen in the game.

Cecilia will bring up to two wilds on the reels while Fred will see one set of symbols turn into another symbol. Alexandra will see two sets of any symbol destroyed. All can help players earn a payout in the game.

Martina’s solo can only happen during the Concert feature or on every spin during the Extra Spins round. With her, the bottom row of the game is destroyed, and a Martina symbol can be created.

Play’n GO has been quite busy as of late creating new and innovative content. Just before the new Black Mamba game was announced, the brand introduced Honey rush. The slot has a hexagonal cascading grid, which is a first for the developer. A total of 37 symbols are found in the game, with a twist to reel spinning that players have enjoyed.

More about:  Real Luck Group Limited to promote Luckbox.com with help from Publishme

Both games are ready to be enjoyed by players and showcase the unique approach to gaming that only this leading developer can provide!