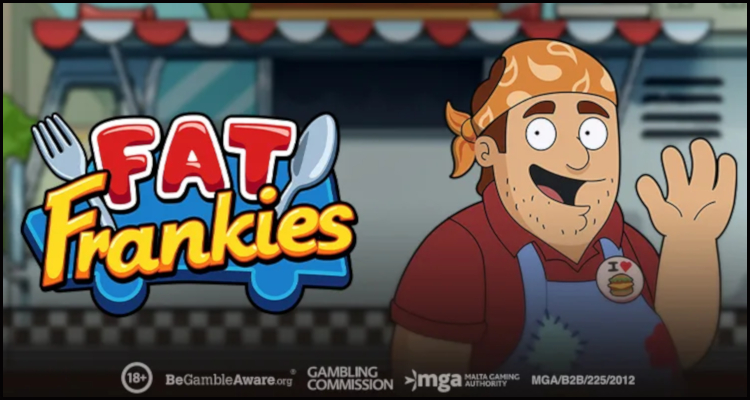 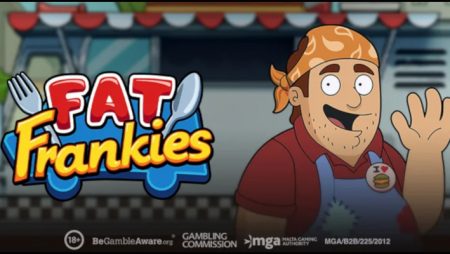 Only a week after launching its Safari of Wealth video slot, Swedish online casino games developer Play‘n GO has now announced the premiere of its new three-row Fat Frankies innovation.

The Stockholm-headquartered firm used an official Thursday press release to declare that its latest 243-ways-to-win advance is a title that iGaming aficionados ‘can really sink their teeth into’ with representations of burgers, hotdogs, and fries spinning across its five reels. The innovator stated that the mobile-friendly game also features ‘a strong narrative’ as competitors are given ‘clear goals’ from the start as they endeavor to win prizes that could be worth up to 6,000 times their triggering stake.

Play‘n GO has already released its Love Joker, Tale of Kyubiko, and 15 Crystal Roses: A Tale of Love video slots since the start of the year and revealed that its humorous Fat Frankies game moreover comes complete with burger van-based bonus symbols and tip-themed wilds. Furthermore, the developer pronounced that the colorful advance challenges players to help its ambitious protagonist increase his reputation for having ‘the best food truck in town’ by accessing four special feature bonus rounds.

Established in 1997, Play‘n GO divulged that the Burger Bonanza bonus round within its Fat Frankies game sees burger icons stick to the reels to reward re-spins while the game’s Flip the Tip attraction will award multipliers to those who can toss at least one of three coins into a tip jar. The firm noted that this latter attraction only ends when a competitor runs out of coins or manages to attain the maximum multiplier.

To complement these bonuses and Play‘n GO revealed that Fat Frankies additionally has the Greasy Wilds round where an animated cook appears to spill grease all over the reels and bring as many as five wilds to the grid. The firm proclaimed that all of this is flattered by the Five Star bonus spins attraction so as to give competitors the opportunity to ‘increase the win multiplier and add two extra spins’ by landing star icons on the reels.

Charlotte Miliziano serves as Head of Games for Play‘n GO and she used the press release to note that her firm has a portfolio of over 200 titles and is licensed by authorities in the Netherlands, Malta, and the United Kingdom. She went on to describe the new Fat Frankies as ‘the tastiest game in town’ where ‘orders, tips and reviews are the keys to success’.

“We’re in the business of entertainment and this narrative really lends itself to the four features. It’s cool to see how Frankie starts out to where he finishes by the end of the game with the player helping him on the road to success. Trust us, it was as much fun to make as it is to play. Players will be hungry for more.”