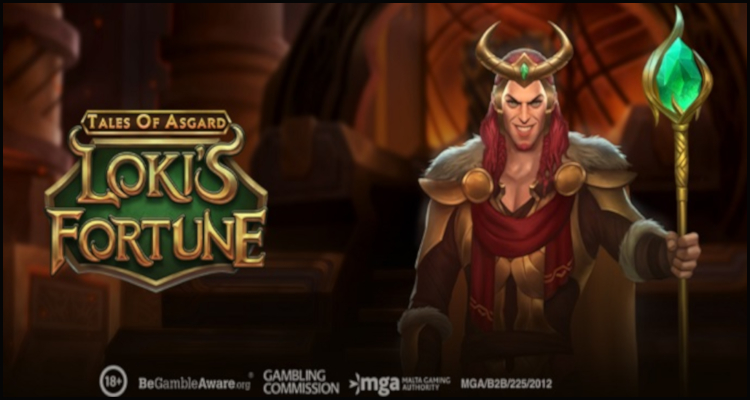 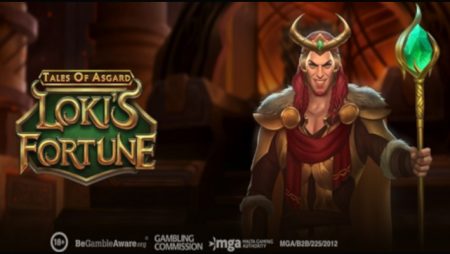 Swedish online casino games developer Play‘n GO has added to its portfolio of video slots themed around Norse mythology with the launch of its new five-reel Tales of Asgard: Loki’s Fortune innovation.

The Vaxjo-headquartered innovator used an official Thursday press release to detail that its latest mobile-friendly advance follows the adventures of the ill-behaved Loki as he attempts to prevent Thor from assuming control over the realm of Asgard. The firm stated that this jealous ‘god of mischief makes his presence known’ in its latest five-row video slot and ‘will use every trick up his shapeshifting sleeve’ so as to stop his hammer-wielding counterpart from being crowned as king of the fortified home to the Aesir tribe.

Play‘n GO declared that Tales of Asgard: Loki’s Fortune is a high-volatility title that features its Dynamic Payways mechanic so as to potentially increase its initial 3,125 payways up to a maximum of 100,000 and give aficionados ‘more ways to win’. The developer also pronounced that online casino ‘players will get a feel for the family feud narrative’ courtesy of appearances by both Thor and Odin while a representation of the usurping protagonist Loki serves as the wild.

Now responsible for a collection of well over 200 video slots including the recently-launched Snakebite, Alice Cooper and the Tome of Madness and The Wild Class, Play‘n GO asserted that an animated Loki moreover sits to the side of its latest game’s reels to demonstrate ‘his mannerisms and personality’ in reaction to the choices of players. It disclosed that the colorful title furthermore offers competitors the chance to take home up to 20,000 times their triggering stake as they attempt to navigate a grid that is replete with symbols from Norse mythology including a crow, ancient runes, a horse, and a wolf.

Charlotte Miliziano serves as the Head of Games for Play‘n GO and she used the press release to explain that Tales of Asgard: Loki’s Fortune utilizes the same Norse mythology theme evident in its Odin: Protector of the Realms, Viking Runecraft, and Ring of Odin forerunners. However, she noted that the game represents ‘the first time that players will get to see Loki as the main character’ with his mischievous nature revealing ‘mystery symbols that create multiple ways to win’.

“Our Norse mythology series is a favorite amongst players and we’ve already explored narratives with Odin and Thor that are renowned, so we really wanted to delve into the relationship between Thor and Loki. We also thought this was a great game to utilise Dynamic Payways as it mirrors the theme of Loki’s magic in splitting payways and adding even more pace to this epic game.”