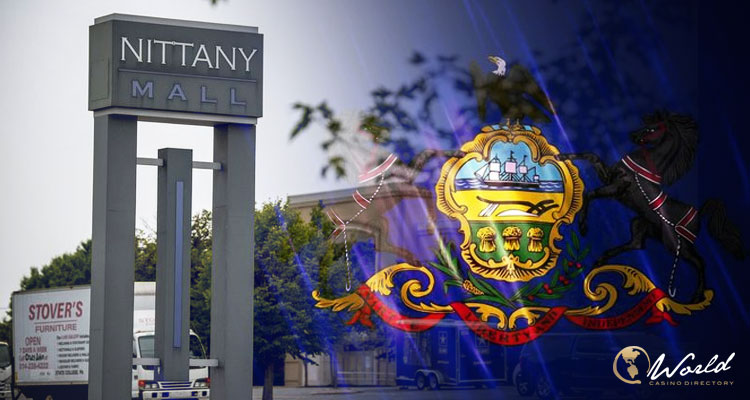 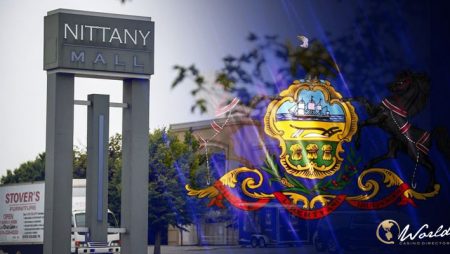 On Wednesday, December 14, the Pennsylvania Gaming Control Board, known as Pennsylvania’s regulator, voted unanimously to allow a hearing on the licensing process for the proposed $123 million State College mini-casino to proceed as normal, despite the objections of a Philadelphia-based candidate.

Layout of the proposed mini-casino:

Bally’s Corp., in a union with Las Vegas-based SC Gaming LLC, headed by former Penn State administrator Ira Lubert, plans to start with the construction of a 94,000-square-foot mini-casino in the mostly empty Nittany Mall, nearly four miles from the Penn State campus.

It will offer 750 slot machines, 30 table games, and an on-site sports wagering site and will include a full-service restaurant, bar and fast-food and beverage kiosks.

Between 350-400 people are expected to be employed.

Bally’s, SC Gaming and Stadium Casino LLC, owner of the Live! Casino in south Philadelphia, attorneys appeared before the Pennsylvania Gaming Control Board in Harrisburg to present their casino application.

The issue arose as questions arose as to whether Stadium Casino LLC was up to the task of acting as an intervenor in the ongoing PGCB licensing process for the State College mini-casino and whether its legal representatives can demand discovery procedures related to SC Gaming’s ownership.

In this regard, SC Gaming’s attorney Stephen Kastenberg of Ballard Spahr law firm, said: “Stadium’s intent to ask for ownership discovery is sour grapes from a competitor and something that we’ve seen time and time again.

“A comprehensive investigation report will be provided concerning SC Gaming’s ownership. The owner’s eligibility must, by statute, be decided by the board and the Stadium has no extraordinary basis for an unprecedented role in seeking discovery.”

Denise Smyler, a PGCB chair, said. “Stadium Casino LLC will be granted 15 minutes as an intervening party at the next scheduled licensure hearing.”

Final decision of the regulator:

After these questions, the board agreed, while Stadium Casino LLC can act as an intervenor in the licensing process, it can only do so on a limited basis and is prohibited from requiring disclosure of ownership.

However, the Office of Gaming Enforcement shared the same sentiment with board members before the vote and board members spent a good 20 minutes in executive session prior to returning to report what they had decided.

One of Stadium Casino LLC’s attorneys, Mark Aronchick, stated: “Province, R.I.-based Bally’s Corp and other investors not previously licensed by the PCGB were recruited by Lubert after he submitted a winning bid of $110 million for the State College mini-casino license in September 2020.

“There are red flags galore for us in pursuing this issue. The purpose of the statute is to ensure no cannibalization of gaming with new operators. After the bid, (SC Gaming) entered into all kinds of arrangements and framework agreements.

“I noticed strong community opposition to the mini-casino and told board members that SC Gaming’s licensure will likely wind up delayed for two years in Commonwealth Court lawsuits and, ultimately, state Supreme Court lawsuits. The licensure of Sugar House Rivers Casino in Philadelphia was delayed in similar fashion.”

Recent News
B90 Holdings Appoints Mark Blandford as Strategic Adviser
18 hours ago
GAMOMAT wins Charitable Community Award at International Gaming Awards
18 hours ago
Relax Gaming answers the call of the wild in latest release Wild Hike
18 hours ago
Yggdrasil recognised as Innovator of the Year at the International Gaming Awards 2023
18 hours ago
Recent Comments
Categories
Recent Posts
18+
Gambling News from NewsCasinoNew.com is made for the most passionate fans of online casinos and internet gambling. We cover everything: from popular gambling world events and trends to new casino slot game releases and reviews, you will find the latest news stories.