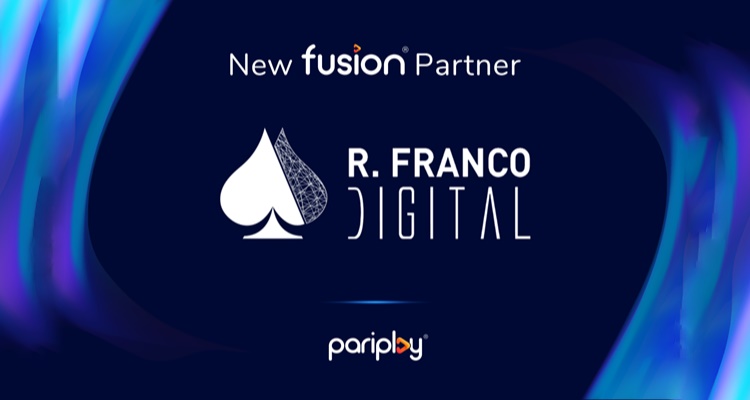 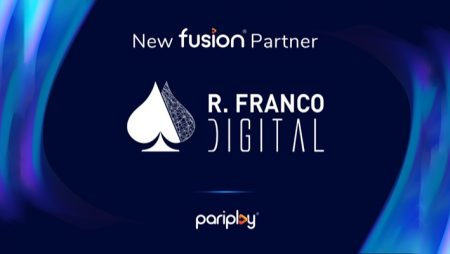 In what the company describes as a “major milestone,” the R Franco Digital iGaming technology subsidiary of Spanish AWP machine manufacturer Recreativos Franco Group has partnered with Pariplay in a deal that will see its content added to the aggregator’s wide-reaching Fusion platform.

Under the agreement, the Spanish firm’s games portfolio consisting of more than 40 entertaining titles all available in HTML5 and including recently released top performers such as Buttom’s World, Vacuum Buster and Cyborg 30L, will be made available to a range of leading operators across the world. Additionally, an array of new content with a range of entertaining mechanics and original themes is to be added to the Fusion platform in the coming months.

The addition from R. Franco Digital will significantly increase the Madrid-headquartered supplier’s global expansion, while the collaboration also aligns with Pariplay’s status as a top content and aggregator partner across Latin America, having inked a series of major deals over the last 12 months.

In a company press release, Callum Harris, Director of Partnerships for Pariplay, said…

“R. Franco Digital is a company steeped in tradition and with a deep knowledge of the type of content that appeals strongly to a Spanish-speaking audience.”

Harris added that they are “delighted” to bring the supplier on board as a Fusion partner and to be able to “increase the strength” of their offering with their “diverse product portfolio.”

A unified single approach to delivering content, Fusion focuses on providing heightened efficiency and exceptional return on investment (ROI) for operators. In addition to a suite of back-office conversion and player retention tools, the platform currently comprises more than 12,000 games from a who’s who of 80-plus industry-leading suppliers, and the latest deal will see even more diverse content added to the offering.

Also commenting on the tie-up, Mario Benito, Commercial Director for R. Franco Digital, said the new partnership with Pariplay “represents a major milestone” for them, “granting access to a range of major operators across the world.”

The commercial director explains that…

“LatAm is a region of great interest and one where Pariplay is highly active, so we believe that this deal is only the start of what will become a long-standing and very fruitful alliance.”

In an exclusive interview with Revista Casino magazine in May speaking to the company’s plans for the region, Jorge Morales (pictured), Director of Business Development for Latin America and the Caribbean at Pariplay said…

“The goal is to be the official aggregator for all of Latin America.”

Morales spoke to the challenges of the business development position he took on in November 2021, explaining that content prices have to be negotiated so that they “adapt to the reality of the region and that they are attractive to local operators.” He said that while that is a challenge, “companies understand it and they know that Latin America is not Europe, the United States or Asia,” so it must be “configured” for the territory.

Also addressed was the recent progress made by the South American countries of Chile, Peru and Brazil toward the regulation of online gambling and Pariplay’s expectations for these markets.

Morales said they already have access in Peru, and they “also hope that it will be regulated soon because it is a very important territory.” As for Chile, he said they are “observing the situation,” but that at the moment, the focus is Argentina, especially the city and province of Buenos Aires. There, he said, they are “analyzing agreements, registering the company and studying how to bill.”