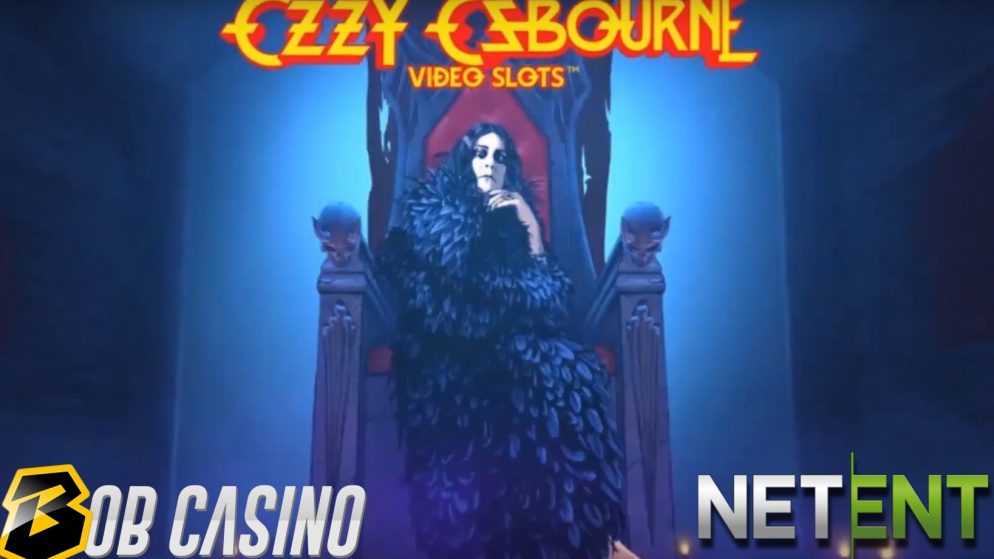 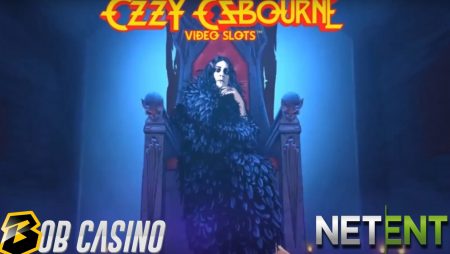 Whether you know him as the “Godfather of heavy metal”, a controversial celebrity who has cheated death multiple times or a reality TV star who has earned the title “Prince of Darkness” for bizarre acts such as biting the head off a bat, there’s no denying that Ozzy Osbourne is a living legend. And to extend their official rock-themed slots line-up, following the Motorhead slot, NetEnt has collaborated with this global megastar to create an intoxicating slot masterpiece named after him. Prepare to be wowed by wins as big as 1000 times your stake, which will be served up alongside singles from Ozzy’s wildly successful career as a solo metal artist.

Hop on the crazy train with the Ozz: play Ozzy Osbourne video slot for money or check out the free demo down below:

Enjoying the slot? Check out other heavy-metal-themed slot games:

Reminiscent of Ozzy Osbourne’s scene in the video game “Brutal Legend”, two demons stand side by side on the 20-Payline, 5X3 grid luring you to fire up the reels. Before you give in, however, you need to alter your betting preferences. While 5 bet levels allow you to choose the bet amount from 20 to 100 units, different coin values from 0.01 to 0.5 allow you to extend your playtime with a larger bankroll by choosing a lower coin value. You can also decide to light up the demons’ eyes by punching the “Bonus Bet” button, which will, in turn, expose your gaming session to more occurrences of free spins and an increase in the value of multipliers contained therein- for twice the bet amount.

The two premier features and the most intriguing about the entire game are the scatters & wilds. The latter is represented by a devilish bat and will swap all regular symbols, which are split into two categories. Whilst different poses of Ozzy Osbourne represent the better side of the paytable paying up to1000X, the low-paying symbols include a random selection of dark symbols such as crows & skulls paying up to 150X.

Scatters, represented by devil trains, are the symbols players should be wishing for the most as they line up symbols on the reels. Landing 2 or 3 of them awards them a respin and a 4 free spins session respectively. Those who have selected the bonus bet feature will receive 1 extra free spin.

Before each re-spin and free spin plays, the electrifying Symbol Charge-up is triggered to join up the two boxes located on either side of the grid with bolts of lightning to reward special features. Here’s how it happens:

The spinner box on the left first chooses a symbol, and then the one on the right defines the special feature to be applied on the selected symbol, which could be a Coin Win, Upgrade, Multiplier, or transformation into Wild. Just like with the prince of darkness, you do not know what to expect at this point!

And there’s more. If a scatter appears on the symbol selector when the Symbol Charge-up Feature has been activated by a re-spin, a bat will appear inside the box on the right, prompting the free spins session to begin after the re-spin.

For a slot based on perhaps the most prototypical music artist in the 21st century, we feel that NetEnt has done quite enough to make it unique without overcomplicating things. It will only take a few rounds for you to figure out how everything works, not to mention that you will be entertained by Ozzy’s tracks throughout! So sit back, relax, launch the slot game and put on the latest track from Ozzy and Post Malone: