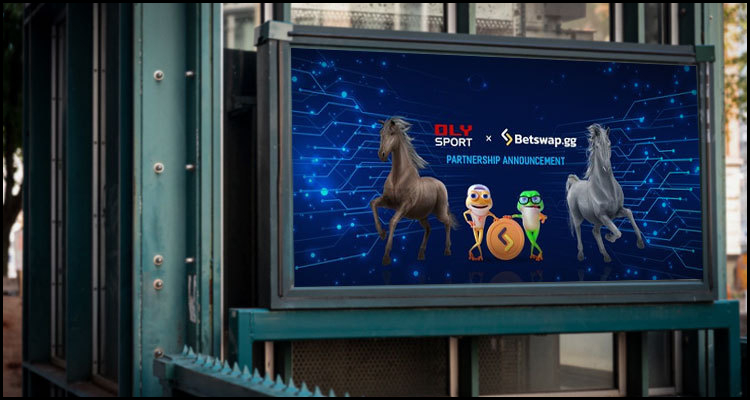 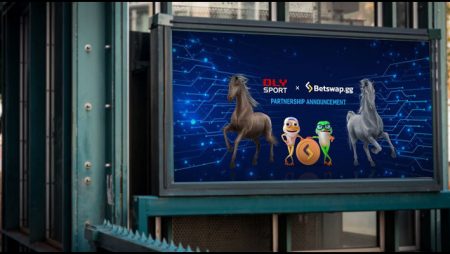 Canadian eSports games developer Oly Sport has announced the signing of a deal that is to see its new blockchain-based non-fungible token (NFT) horseracing advance utilized by the domain at Betswap.gg.

The Toronto-headquartered innovator used an official press release to declare that the fresh arrangement will go live during ‘the first week of August’ and is destined to ‘expand the world of NFT eSports horseracing’. The firm also stated that Betswap.gg is to subsequently utilize its own ‘API data integration’ so as to allow ‘horseracing fans around the world’ to watch and place wagers on a plethora of live races ‘without having to own a horse in the metaverse’.

Jimmy Chan serves as the Chief Executive Officer for Oly Sport and he used the press release to describe his enterprise as ‘a metaverse centering around play-to-earn eSport horseracing’ that permits aficionados to utilize NFTs so as to be rewarded with ‘virtual land and real land in-game’. The experienced entrepreneur moreover pronounced that his service’s decentralized platform gives users the freedom ‘to participate securely and anonymously’ via locked contracts with reduced fees ‘despite the crypto market downtrend’.

Read a statement from Chan…

“To continue evolving and meeting the needs of our eSport community, we are thrilled to announce our very first partnership with a betting platform. This partnership underscores our commitment to bring the traditional horseracing industry to the metaverse.”

Oly Sport additionally disclosed that it raised an impressive $2.3 million through tokens last November before premiering its services to the world at the end of March. The innovative enterprise went on to explain that it has so far hosted over 4,000 races courtesy of an accessible event every 20 minutes and is currently hosting a special tournament set to run for the entirety of this month.

For its part and Betswap.gg asserted that its own platform ‘bridges the gap between sportsbetting and blockchain’ while its new alliance with Oly Sport is due to see it roll out its first ever NFT-friendly horseracing game. The domain furthermore proclaimed that it offers a multi-chain ERC-20 token as ‘the centerpiece’ of a service that is compatible with the already popular Ethereum, Fantom and Avalanche blockchains.

More about:  Canada well on its way to legalizing single-game sportsbetting

Read a statement from Betswap.gg…

“This collaboration will address the unmet need for accessibility in the world of sportsbetting, especially when it comes to NFT horseracing. We will now be able to reach more users worldwide who are horseracing enthusiasts with the support, technology and community from Oly Sport.”

Recent News
FUGASO makes Livespins debut
14 mins ago
Nolimit City is revving up with their latest release, ‘Road Rage’
14 mins ago
Spinomenal secures B2B UKGC licence
14 mins ago
Announcing the shortlists for CEEG Awards 2022 (Central and Eastern European Gaming Awards)
14 mins ago
Recent Comments
Categories
Recent Posts
18+
Gambling News from NewsCasinoNew.com is made for the most passionate fans of online casinos and internet gambling. We cover everything: from popular gambling world events and trends to new casino slot game releases and reviews, you will find the latest news stories.