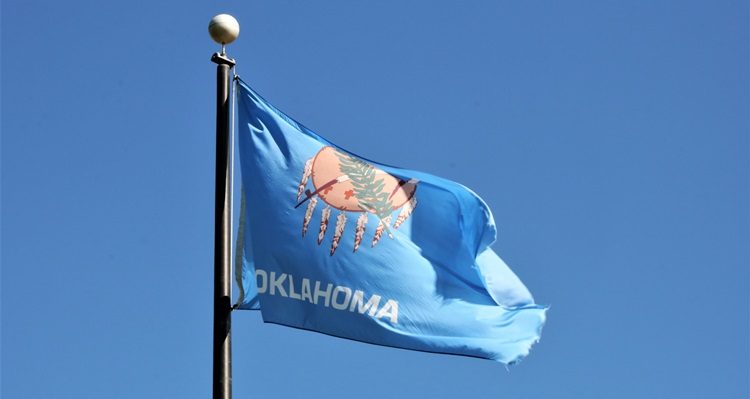 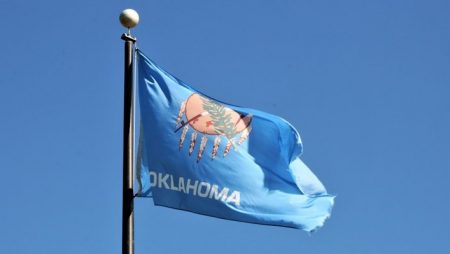 In response, 32 tribal officials reportedly sent a joint letter to the first-term governor on December 20 accusing him of making improper threats to their casino vendors.

“We regard your threats to our vendors, who are not parties to the compacts, as inappropriate.”

The correspondence exchange occurred as the governor, who is a member of the Cherokee Nation and only the second Native American to serve as governor of Oklahoma after Johnston Murray, whose term ran from 1951 to 1955, and the tribes remain locked in a dispute over whether or not the 15-year gaming compacts automatically renew on January 1, 2020. The tribes say they do while Governor Stitt (pictured, right) insists they do not.

That being the case, the governor reportedly claims that after the first day of next month tribal gaming operations will be illegal unless tribes agree to either an extension or a new compact.

“The state is resuming audits of all casino operations in Oklahoma, a right provided in the gaming compacts.”
The compacts enable tribes to offer gaming in exchange for paying the state exclusivity fees that range from 4 percent to 10 percent of their gaming revenues. Stitt has reportedly said that he is looking for the tribes to pay a much higher exclusivity rate than the 4 percent to 6 percent that under the current compacts they have been paying on the Class III slots they operate.
The fees that guarantee the state will not license commercial casinos have generated $1.6 billion in taxes and revenue share payments and added $9.6 billion to the state’s economy, according to a November 2018 study (PDF) cited by the American Gaming Association (AGA).

According to The Oklahoman newspaper, a spokeswoman for the state’s 28th governor said…

“The state is resuming audits of all casino operations in Oklahoma, a right provided in the gaming compacts. As stated in the letters to tribes, the scope of work will be for business activity between Jan. 1, 2018, and Dec. 31, 2018. This reflects a period of time when the State had stopped conducting audits on casinos.”

While in one of the letters sent to tribes, director of budget, policy and gaming compliance for the state, Brandy Manek, said…

“The objective of the investigation is to determine if the State has received all fees owed from the conduct of covered games pursuant to terms of the Model Tribal Gaming Compact. At the completion of the investigation, the SCA (State Compliance Agency) will forward a written report, including any suspected violations of law or the Model Tribal Gaming Compact, to the Tribal Compliance Agency and the Office of the Governor.”

Meanwhile, caught in the crossfire are the Oklahoma businesses that provide services for the casinos, with Stitt’s caution that he doesn’t want vendors operating illegally, a reference to his earlier statement regarding a subset of casino games becoming illegal on Jan. 1. And while the governer’s office would not say what the consequences would be for companies that continue to conduct business with casinos, Stitt spokeswoman, Baylee Lakey, did say…

“If everyone will come to the table, we can resolve the uncertainty. The governor’s door is open,” according to Muskogee Phoenix.

Responding to the letter from the governor’s office, 32 tribal leaders replied with their own letter reportedly chastising Stitt for threatening the bread and butter of their vendors.

Muskogee Phoenix reports that the letter was obtained by CNHI Oklahoma and in it, tribal officials vow to shield business leaders from “any unlawful attack” by the state.

“We regard your threats to our vendors, who are not parties to the compacts, as inappropriate.

“As you know, the state has no legal authority to determine the legality of, or otherwise regulate, gaming on Indian land, including the acts of vendors in support of the tribal governmental gaming. Of course, tribes are the primary regulators of those vendors.”

Governor Stitt announced on December 17 that he would be taking over gambling negotiations with the state’s tribes from the attorney general and that he plans to hire his own out-of-state legal team. He also reportedly said that it is his intention to offer an extension to tribes that would allow for casino gambling to proceed uninterrupted after the January 1 compact expiry.

It would appear that Stitt’s strategy is proving to be ineffective, especially in light of the December 23 resignation of the administration’s secretary for Native American affairs, Lisa Billy. A former state representative and member of the Chickasaw and Choctaw tribes, Billy sent the governor calling his dispute with tribal leaders “an unnecessary conflict that poses a real risk of lasting damage to the state-tribal relationship and our economy,” according to Oklahoma news station KFOR.

“You have dismissed advice and facts that show the peril of your chosen approach and have remained intent on breaking faith with the Tribes, both by refusing to engage with the compact’s language and, more recently, by suggesting you would displace our Tribal partners with private, out-of-state commercial gaming operators,” said Billy.

Oklahoma is the second largest tribal gaming state in the U.S. (California leads the nation), with its tribal casinos creating jobs for nearly 75,000 of its citizens.