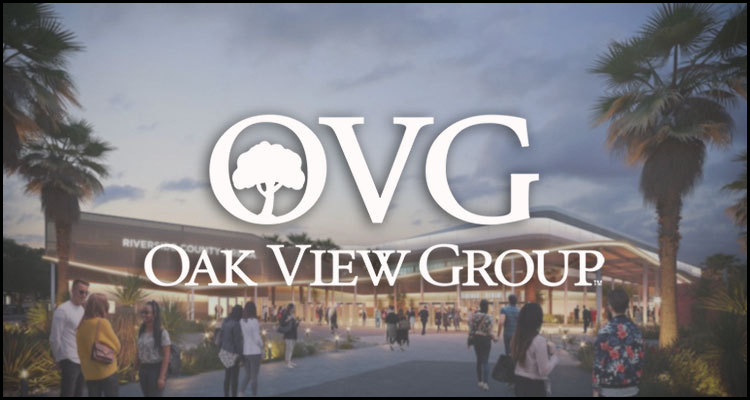 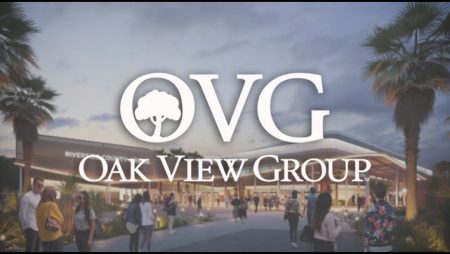 The Los Angeles-headquartered developer used an official press release to detail that work on the coming complex is scheduled to begin sometime next year and should result in the opening by 2026 of an 850,000 sq ft indoor arena with at least 20,000 seats alongside a casino featuring a 2,000-room hotel and an amphitheater. The firm also explained that the finished development being designed by architecture firms Populous and Gensler will eventually give Las Vegas a site suitable for a franchise from the National Basketball League (NBA) together with a plethora of live music and entertainment events.

Established by American entrepreneurs Tim Leiweke and Irving Azoff in 2015, Oak View Group LLC was responsible for last year’s redevelopment of the 17,150-seat Climate Pledge Arena in Seattle as well as the new home for the New York Islanders of the National Hockey League (NHL), the $1.1 billion UBS Arena. The enterprise is moreover currently developing similar projects in Texas, California, Maryland, Brazil, Canada and the United Kingdom and proclaimed that the coming Las Vegas complex represents its biggest project to date and is destined to ‘set a new global standard for events.’

Leiweke divulged that the site for the coming entertainment complex sits about three miles south of the southern terminus of the Las Vegas Strip at the Mandalay Bay Resort and Casino Las Vegas and forms part of a larger 66.5 acres of undeveloped land. The businessman moreover described this locale as ‘one of the few areas’ that remains ripe for the future development of the Nevada city’s ‘gaming and entertainment corridor.’

Read a statement from Leiweke…

“This unprecedented project is an industry game-changer and we will usher in the evolution of Las Vegas as the new entertainment and sports capital of the world. As the largest arena developer in the world, we look forward to driving good paying job creation to Clark County as well as creating the most innovative and environmentally sustainable live entertainment point of destination in the world.”

For his part and Azoff noted that the finished complex will additionally be able to host a raft of exhibitions, conferences and award shows plus family-friendly entertainment events. The former Chairman and Chief Executive Officer for Madison Square Garden Sports Corporation recently went further in naming the executives that are set to drive the completion of this coming development as Marc Badain (pictured), who served as the president for the Oakland Raiders of the National Football League (NFL) for eight years until helping the franchise to relocate to Las Vegas in 2020, and local hospitality stalwart Randy Morton.

A statement from Azoff read…

“It doesn’t get much bigger or better than Las Vegas. From the world-class Climate Pledge Arena in Seattle to UBS Arena in New York and the Moody Center in Austin, Las Vegas will be the next jewel in our crown.”

Recent News
FUGASO makes Livespins debut
41 mins ago
Nolimit City is revving up with their latest release, ‘Road Rage’
41 mins ago
Spinomenal secures B2B UKGC licence
41 mins ago
Announcing the shortlists for CEEG Awards 2022 (Central and Eastern European Gaming Awards)
41 mins ago
Recent Comments
Categories
Recent Posts
18+
Gambling News from NewsCasinoNew.com is made for the most passionate fans of online casinos and internet gambling. We cover everything: from popular gambling world events and trends to new casino slot game releases and reviews, you will find the latest news stories.