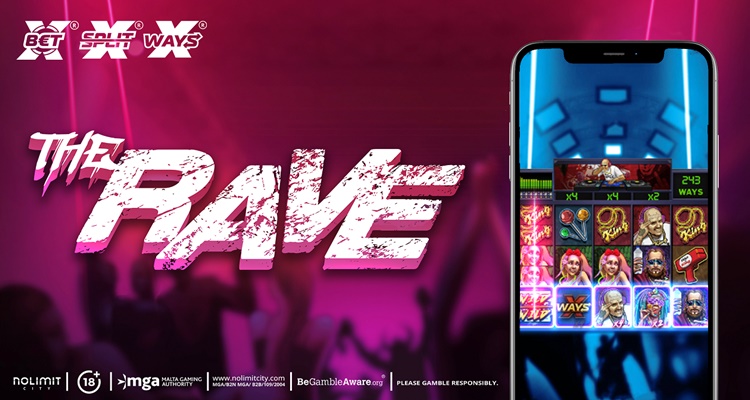 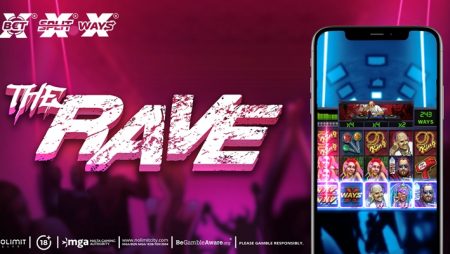 After doing hard time in one of the most savage prisons in California, gambling software provider Nolimit City has completely changed the vibe with its new slot title, The Rave, which transports players to the ultimate adrenaline-fueled underground dance party.

Here, Joe Labrador, a.k.a DJ P5ychØ Manhunt, who looks like a transplant from the hit San Quentin xWays, is the headline act, tearing it up on the turntable with his hypnotic big beats manipulating the swarm of clubbers all set up on a 5-reel, 3-row gameboard.

With glowsticks in hand and 243 ways to win, mental shufflers devour the smoke-filled dance floor in this highly volatile online slot available with dual RTP setup at 96.09 percent and 94.29 percent. Clasically Nolimit City, win ways can go off into the thousands with the developer‘s exhilarating xMechanics.

Utilizing HTML5 technology, the game is playable on mobile and desktop, while the hit frequency is 25.66 percent, the minimum bet is 0.20 EUR and the max is100 EUR – with xBet it’s 120 EUR, and the maximum payout is 41,500x the bet. Wins are paid when three or more identical symbols land from left to right on adjacent reels starting from the far left.

The game’s symbols include headphones, suckers, shades, a “cash is king” gun and gold chain low pays, which pay from 0.5x to 0.9x the bet when a player lands five-of-a-kind, while high pays comprise five club characters worth 1x to 6x the bet for the same five matching hit.

Any wild in view replaces any of the regular paying symbols and helps to complete winning combinations.

Appearing on any reel in the base game, landing two “Drop the Bass” scatter symbols transforms them into Enhancer Cells. When 3, 4, or 5 scatters awards players 7 or 8 Murder on the Dance Floor free spins, or ten God is a DJ free spins, respectively.

When Enhancer Cells land, they displpay one the following:

Commenting on the hard-hitting slot, Per Lindheimer, Product Owner for Nolimit City, said via company news…

“Welcome to the party that never ends with endless light shows filling the scene and unprecedented possibilities. Feel the groove, and feel yourself move with our in-house music that will bring out your young rebellious side. The Rave is volatile, has tons of features popping up all over on the dance floor, and as soon as the Bass drops, you’re in for a ride…”

Nolimit City partners can access The Rave from July 12, 2022!