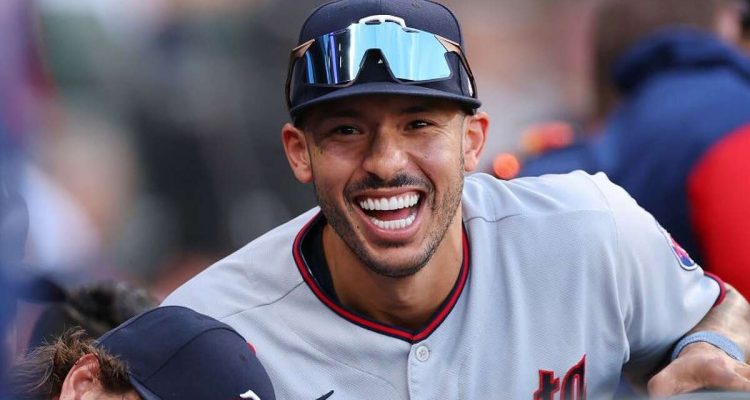 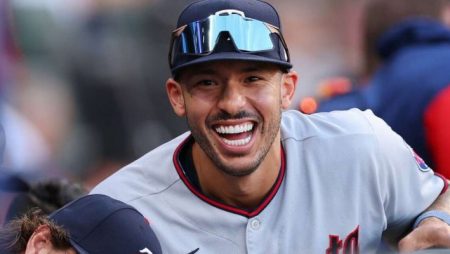 On the morning of Wednesday, December 21st, 2022 the veteran superstar shortstop, Carlos Correa, in a stunning turn of events, has now agreed to sign with the New York Mets on a 12 – year, $315 million contract, that in turn will void Correa’s previous agreement to play for the San Francisco Giants.

Carlos had initially agreed to terms last week with the San Francisco Giants, and was all set to sign a historic 13 – year, $350 million contract, and that deal would have tied the Bryce Harper deal with the Philadelphia Phillies for the longest Major League Baseball free agent deal in the history of professional baseball in America.

When the agreement between Correa and the San Francisco Giants dissolved last Tuesday, the New York Mets acted quickly, led by the very aggressive owner of the New York Mets, Steve Cohen, who revealed to the New York Post that he negotiated the new contract with Correa’s agent, Scott Boras, in Hawaii.

“We need one more thing, and this is it,” the owner of the New York Mets Steve Cohen explained to the New York Post. “This was important. … This puts us over the top. This is a good team. I hope it’s a good team.”

The Associated Press recently reported that an undisclosed medical issue came up during Carlos’ physical examination, but many various sources throughout the sports media industry were still under the impression that the deal would still be finalized and go through as planned.

The New York Mets have been on a Player Spending Spree:

Boras told the New York Post that there was a “difference of opinion” between Carlos as well as the San Francisco Giants over the outcomes of the his physical medical eval that is standard procedure of every signing or trade in professional American sports. The physical between the San Francisco Giants and Carlos Correa opened the door for the New York Mets to get back to the negotiation tables with the two – time Major League Baseball All – Star selection, and they proceeded to add just another MLB superstar player throughout their aggressive search and sign procedure that is seeking the New York Mets first Major League Baseball World Series championship since way back in 1986.

Cohen relayed to the New York Post reporters that the deal with Carlos and his agent Boras transpired fast due to the New York Mets initially coming up just short of an agreement last week prior to Correa’s pending transaction with the San Francisco Giants.

“We kind of picked up where we were before, and it just worked out,” Cohen told one of the leading news outlets in the great city of New York.

With Correa’s deal, the Mets have committed more than $800 million to free agents this offseason, and their competitive balance tax payroll now projects to be approximately $384 million. The fourth and final threshold of the luxury tax, commonly referred to as “the Steve Cohen tax,” sits at $293 million for the 2023 season, which means the Mets could be in for a tax bill in the neighborhood of $100 million next year.

“What the heck’s the difference?” Cohen responded to the N. Y. Post in an explanation of the New York Mets’ historic spending. “If you’re going to make the move, make the move.”

The New York Mets have already spent through a boat – load of money already during the Major League Baseball 2022 – 2023 offseason as they have previously spent large to bring back their star center fielder, Brandon Nimmo, as well as their reliable shutdown closer in Edwin Diaz on 9 – figure deals, and the New York Mets also signed starting pitchers Justin Verlander, Kodai Senga, and Jose Quintana to go along with the signing of the relief pitcher Adam Ottavino and David Robertson, not to mention the big – league catcher in Omar Narvaez.

Lindor is most likely to continue his defensive position of shortstop, and Correa would reasonably be a strong favorite to play the infield at the 3rd – base position, an infield tag – team that should definitely remind the fans of the New York Mets of the dominant infield pairing of both Derek Jeter as well as Alex Rodriguez in the Bronx while playing for the New York Yankees.

“This really makes a big difference,” Cohen proclaimed to the good old New York Post. “I felt like our pitching was in good shape. We needed one more hitter. This puts us over the top.”

The – 28 – year – old Correa was one of the biggest free agent ball players of the 2022 – 2023 MLB free agency market, along with the New York Yankees outfielder Aaron Judge as well as 3 – other MLB All – Star-caliber shortstops in Trea Turner, Xander Bogaerts, and Dansby Swanson,

More about:  Dragons of Westeros comes to Zynga’s Game of Thrones Slots Casino

Correa managed to fight through his injuries to his thumb, back, and ribs from 2017 through 2019, throughout a 3 – year run in which he averaged just playing in 98 – ball – games per year.

The San Francisco Giants posted a record of 81 and 81 during the 2022 Major League Baseball season, a year in which they won a franchise – record 107 – ball games as well as the National League West division of the MLB.