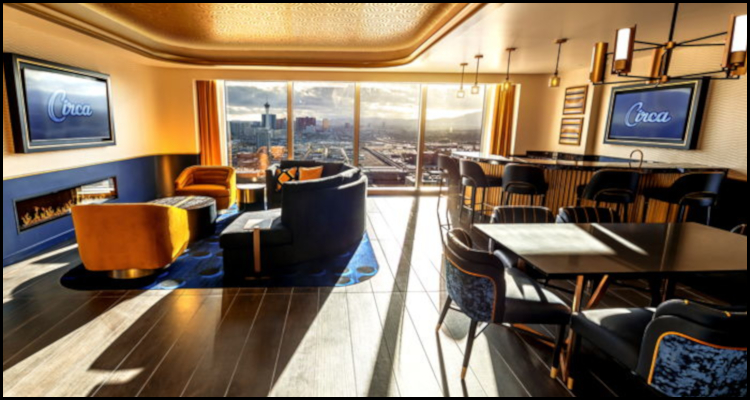 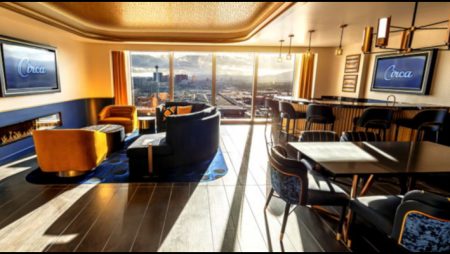 In Las Vegas and the new Legacy Club lounge at the recently-opened Circa Resort and Casino is reportedly set to play host to a special New Year’s Eve television program being put on by local broadcaster KLAS-TV.

According to a Tuesday report from the Las Vegas Sun newspaper, the 8,400 sq ft rooftop facility was officially opened on Monday complete with décor paying tribute to the golden era of Las Vegas including custom-made metal busts of some of the city’s most iconic casino pioneers such as Kirk Kerkorian, Benny Binion and Jackie Gaughan. The new lounge purportedly sits on the 50th floor of the downtown development’s 777-room hotel tower at some 458 feet above street level to additionally offer panoramic views of much of southeastern Nevada.

The newspaper reported that KLAS-TV is to begin broadcasting its Countdown to New Year’s Eve 2021 live special from inside the Legacy Club at nine o’clock tomorrow evening with hosts Kirsten Joyce and Brian Loftus introducing a plethora of live musical performances from artists including Michelle Johnson, Zowie Bowie, Sina Foley and Skye Dee Miles. The Las Vegas Sun detailed that this program is to also be made available to terrestrial viewers in 13 other cities across seven states including California as well as to online aficionados around the world via the domain at 8NewsNow.com.

The first stage of the four-star Circa Resort and Casino reportedly opened at the end of October complete with a 7,000 sq ft casino offering a selection of 1,350 slots as well as 49 gaming tables spread over two levels. The $1 billion adults-only project was then officially completed via the Monday debut of its hotel tower featuring three entire floors of two-bedroom suites showcasing floor-to-ceiling windows, black quartz dining tables, refrigerators and large lounges.

The Las Vegas Sun reported that the KLAS-TV broadcast is to furthermore take in action from the nearby Hard Rock Café Las Vegas as well as the 22-story Plaza Hotel and Casino as Maria Arcega-Dunn from San Diego sister station KSWB-TV checks in from Circa Resort and Casino’s impressive 15,756 sq ft Stadium Swim pool deck.